Today I met up with the cast and crew of A Severed Head to photograph their rehearsal at Corpus Playroom. This was the first reading rehearsal I have attended. We were booked in the big dressing room in the basement, which only has lights from the roof. Luckily I had brought along one flash as well as snoot, which when put on the flash restricts the light beam. This enabled us to light the scenes in a more interesting way. We had Bethan Davidson and Adam Butler Rushton acting, and Emer O’Hanlon directing. Luckily the costume designer Flora Chatt was also there, and willing to help me to hold the flash since I had not brought any flash stand with me. 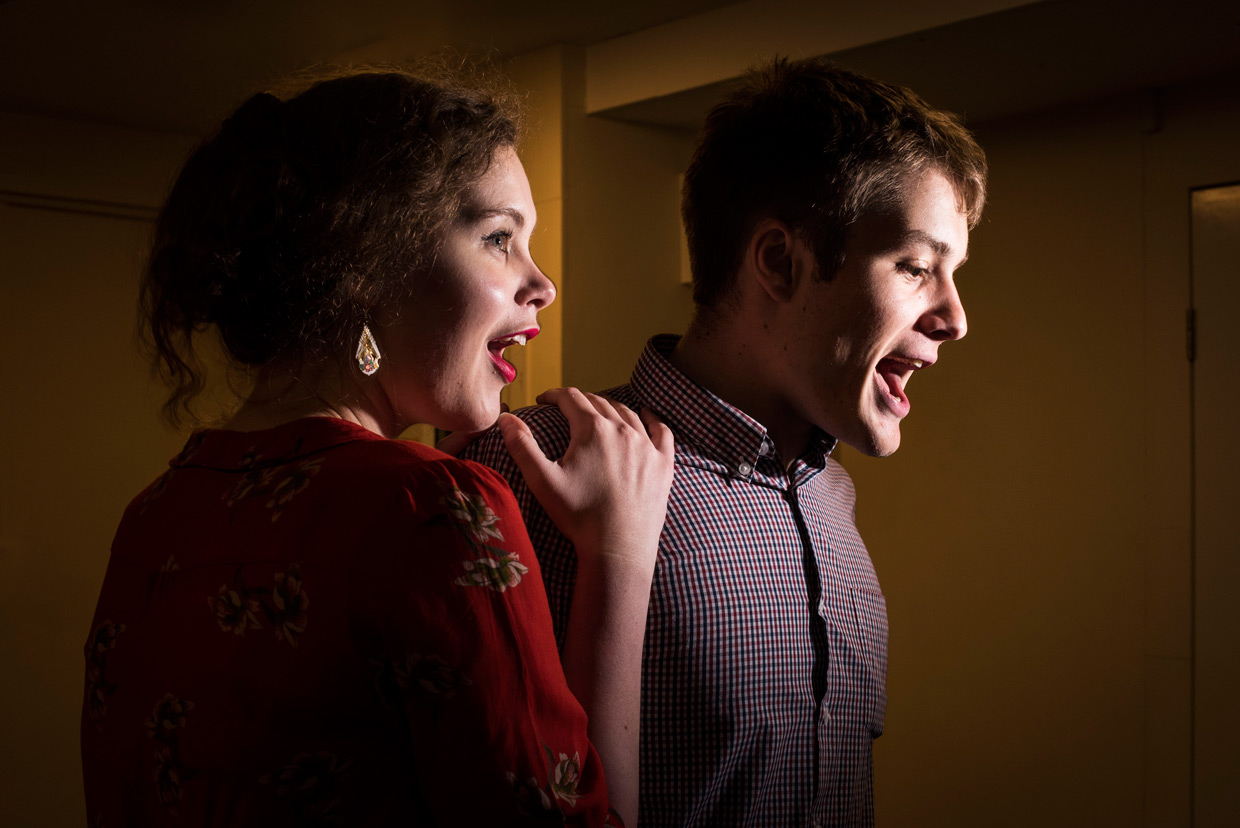 I am really happy with how the photos turned out. Packing the flash was just an afterthought right before I left home, but I am glad I did, it made a big difference in what we were able to create. Many thanks to Bethan, Adam, Emer and especially Flora for helping out with the flash.

You can book your tickets for the play on the Corpus Playroom webpage.