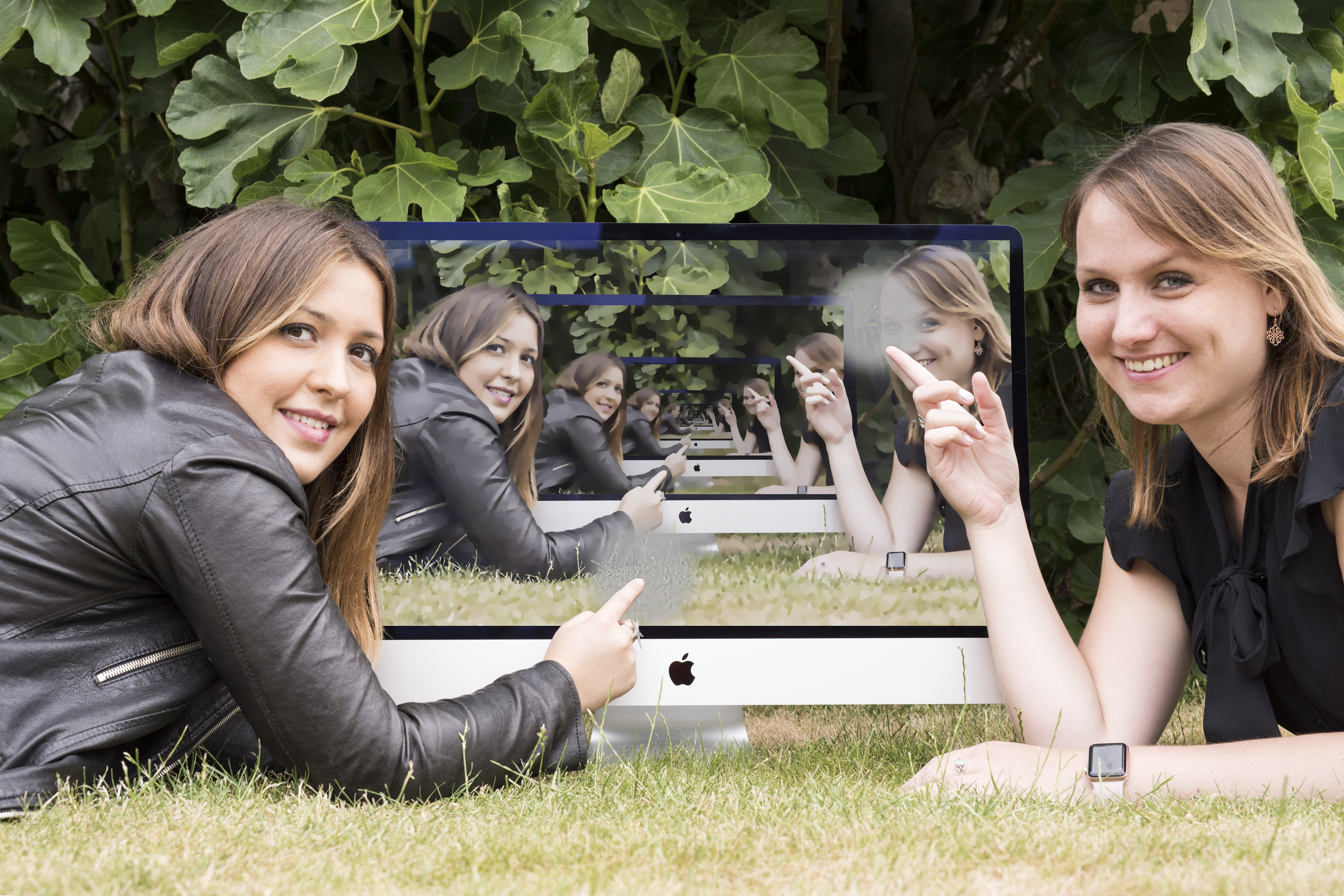 We revisit the artistic Droste effect, that is an infinite reproduction of a photo within itself, in a mathematical sense. The recursive image follows the mathematical total variation flow. Starting from the original photo we evolve, or in optimisation terms we regularised the texture while preserving edges. The result is that the photo progressively becomes more piecewise constant in a cartoon-like effect, until we end up with a constant image.

The algorithm taken from http://guygilboa.eew.technion.ac.il/code/spectral-total-variation-color/ is based on the paper “A total variation spectral framework for scale and texture analysis” by Guy Gilboa (see reference).
By pointing at the grass and leaf textures, we want to stress that the decomposition yields a spectral component corresponding to texture, revealed just underneath the fingertips.