Cambridge has a strong rowing tradition, and the May Bumps is one of the big events of the year when thousands of people gather at the river to watch the students race. This race is no normal race, it goes on for a week. Each day the boats start in a long row, and if one boat catches up with another one and bumps it, then both boats are taken out of that day’s race. It is pretty much a real world implementation of bubble sort. On some rare occasions an over bump might take place. This happens if you have four boats in a row and boat three bumps boat two, then boat four catches up with boat one. In this case boat two and three swap, and boat one and four swap.

On my way to the first May Bumps I caught up with a group of girls wearing sports clothes and with twigs in their hair, so my curiosity got the better of me and in a very un-British way I asked what was up with the foliage and got the modest answer that it was a rowing thing. It was not until later watching the race that I saw that the winners kept breaking off twigs and decorating each other with leaves. This was on Thursday, I ended up coming back on Friday afternoon and on Saturday as well. Below is a selection of the photos from the three days. 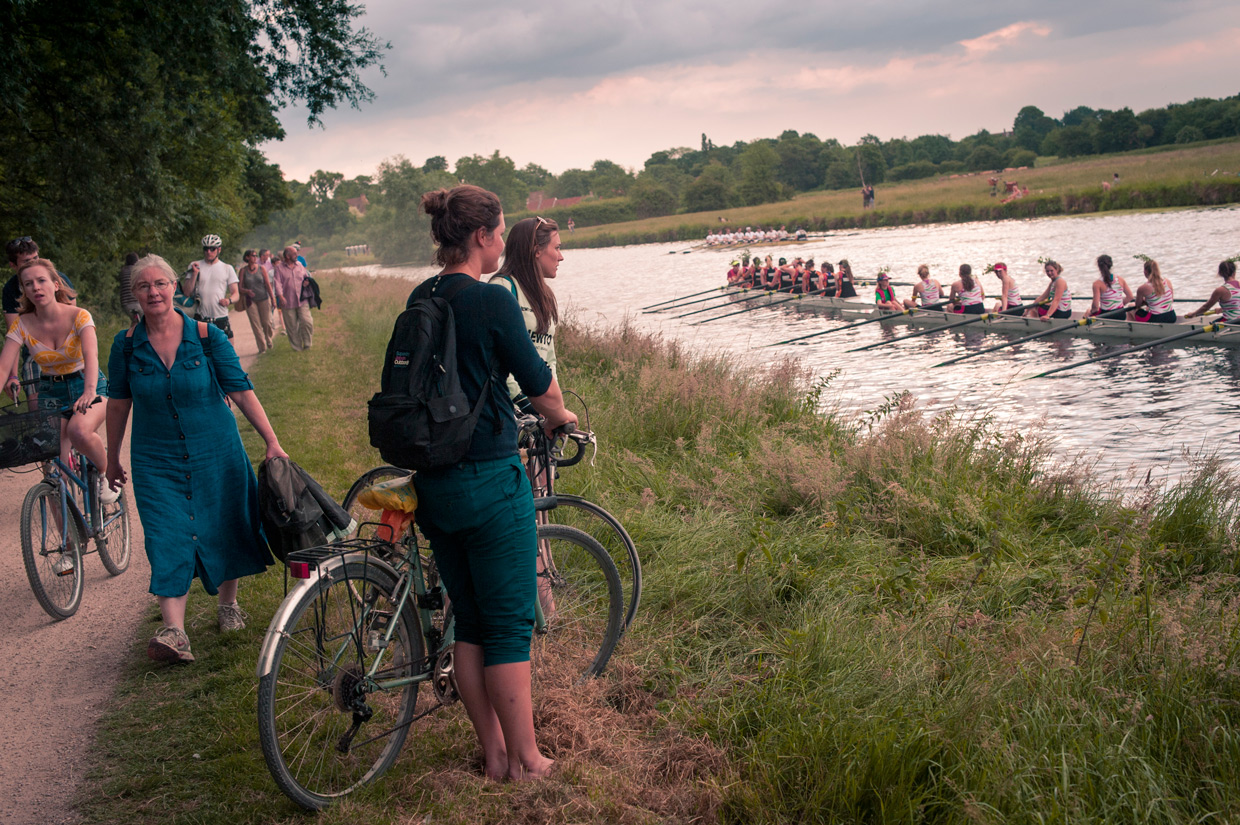 I enjoyed this a lot, and it was fun when on the second and third day that I was there some of the people had seen my photos posted the previous day on Facebook and recognised me. There is a big album uploaded if you want to have a look. Feel free to tag your rowing friends so they can see them also. I’ll try and get in touch with one of the crews to take some nice photos in the early morning mist at the beginning of next year. If you happen to be a rowing captain and that sounds interesting, let me know.