I met Joanna Vymeris when photographing “Thing with Feathers” at the ADC Theatre where she did some impressive air acrobatics. Fast forward two months, and she asked if I wanted to photograph one of their rehearsals for Cirque de Bombay. They were setting up a dance performance with a mix of different dance styles, which sounded like a fun thing to photograph. The director Shikha Pahari told me they were rehearsing in Dressing Room 2, which turned out to be a dressing room. Perhaps that should not have come as a surprise. The room did have some mirrors around the walls with tungsten lamps above, and there were a few small windows at one end, so we could turn off the fluorescent ceiling lights and still have enough light for 1/200 second. Given that we did not have a proper stage, it turned into more of a behind the scenes shot, which gave me a bit of creative freedom. It also became a lot more interactive, as I could ask them to redo things to get a good shot. 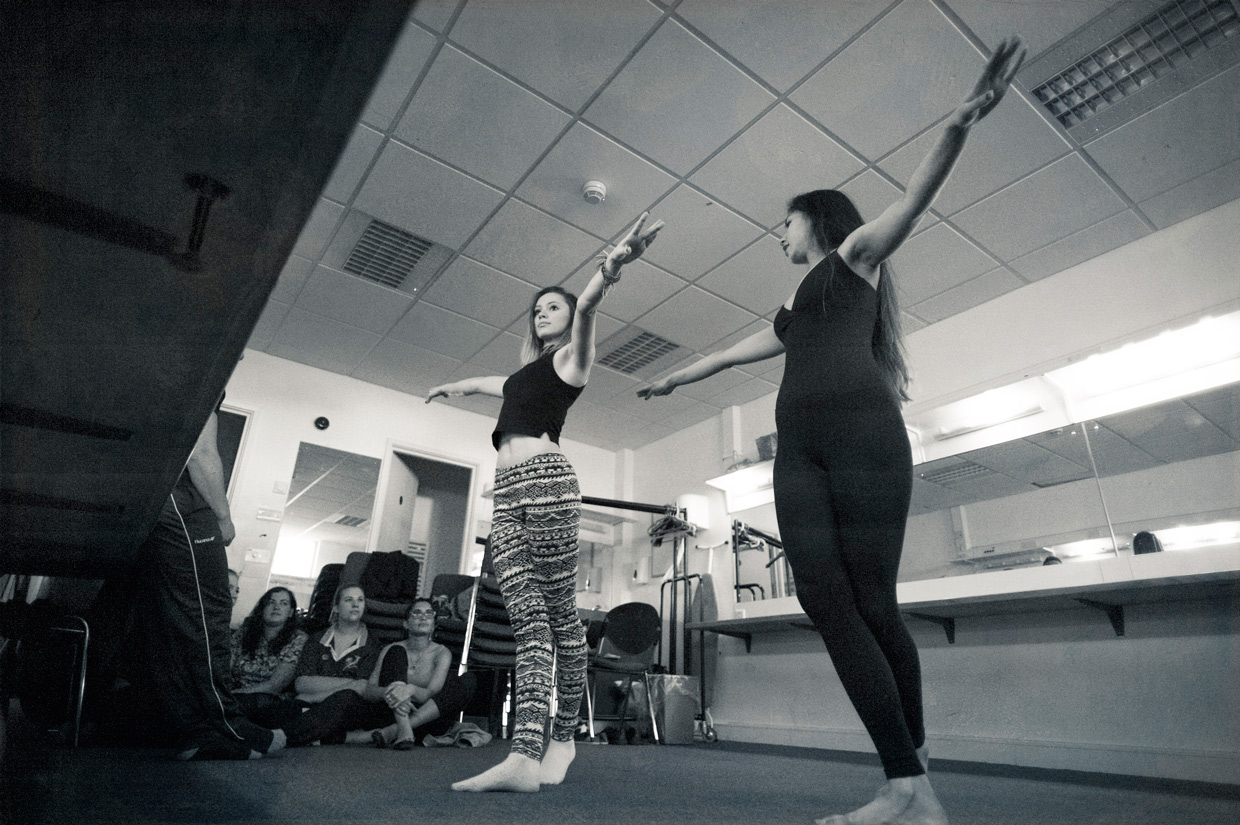 I took a few test shots to get the exposure right, then they turned on some Youtube music clips on an iPad and started dancing. I got a few decent shots of them dancing, but it felt like I was constantly one step behind. However, after a few songs I got a feel for where the light was good, and after running through the dance programme they did it a second time, this time more slowly allowing me to stop them when they had good poses. I wanted to capture the movement, so preferred when they rewound the dance and then did the last bit again. 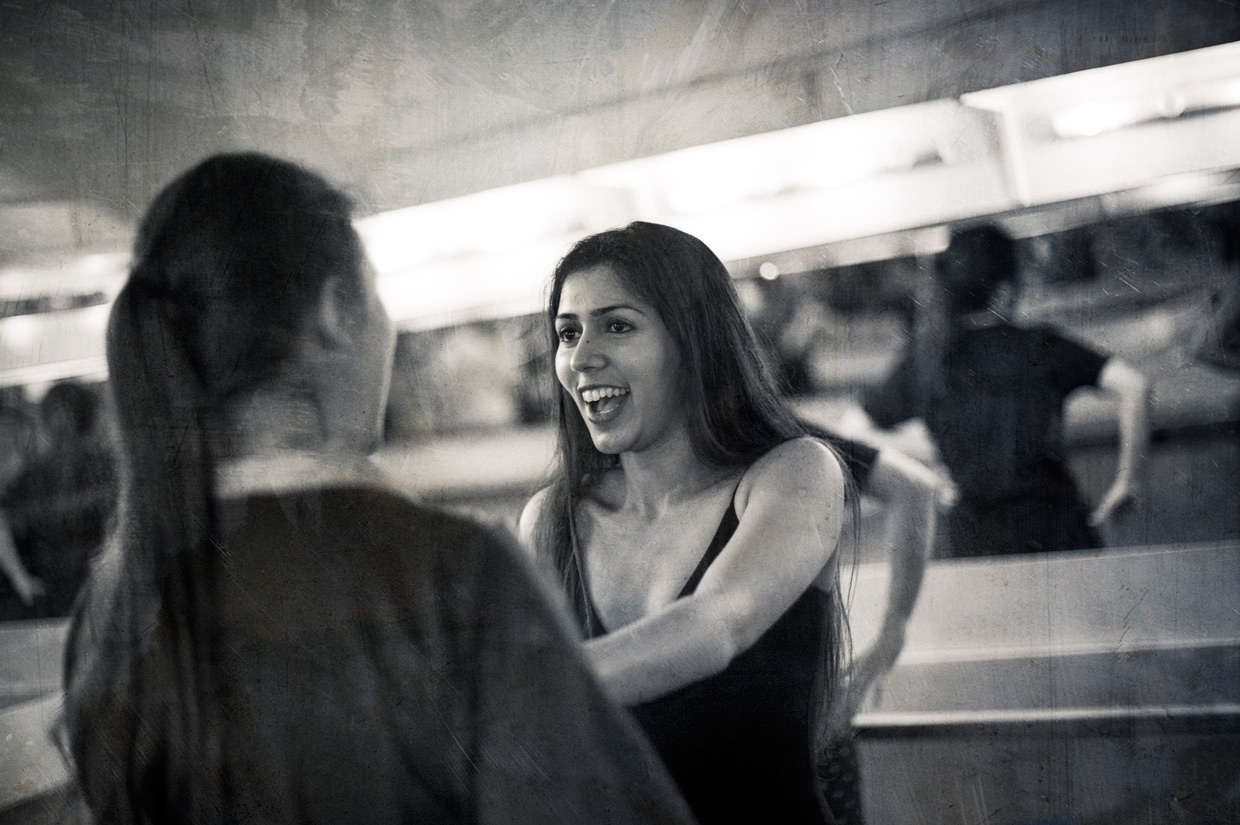 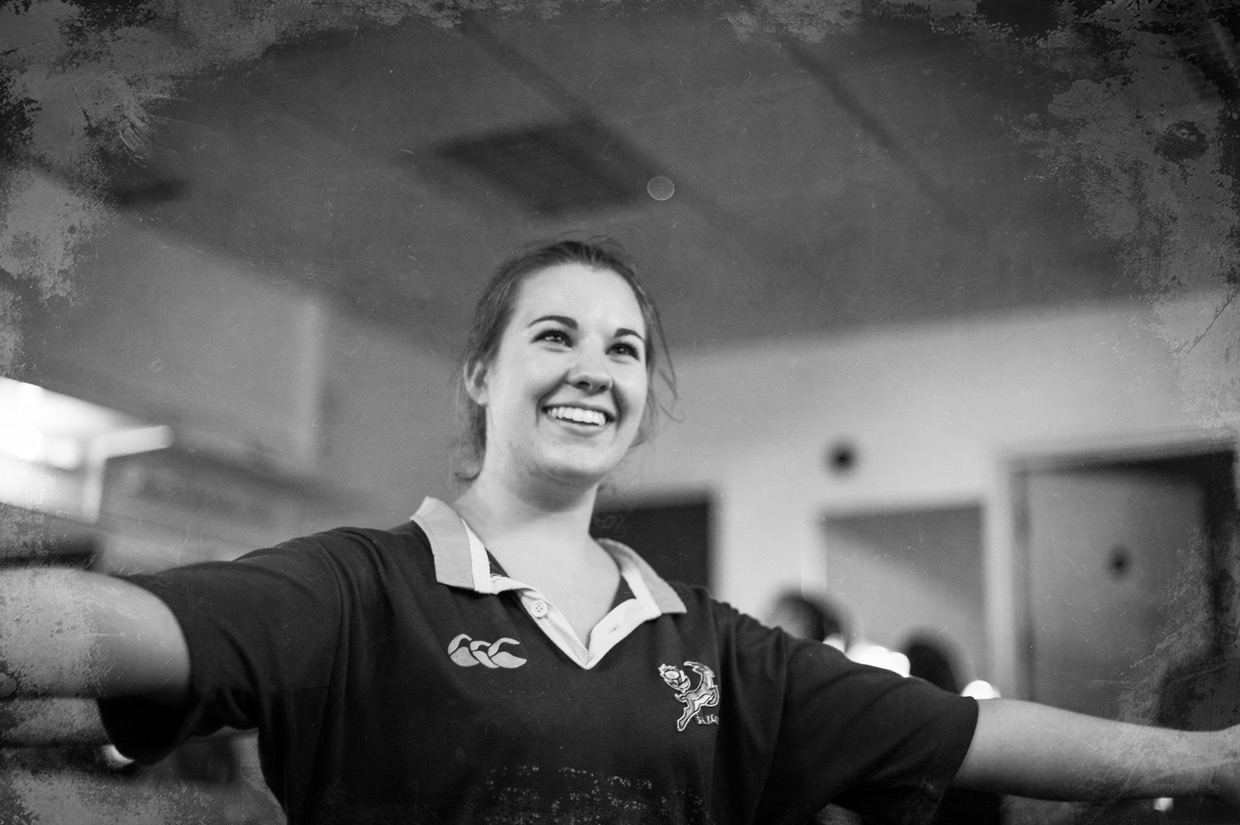 In addition to the dance shots, we also did a few more spontaneous things. Perhaps the most successful one was the mirror shoot. I suggested that it was possible to combine multiple shots into one photo, and that got the creative juices flowing. We ended up with the idea of replacing the reflection in the mirrors. Here it was important that I kept the camera reasonably fixed so that it would be possible to align the images afterwards. So before we took the photos we went through and discussed what poses they should do, that way they could switch people in front of the camera and be in the right positions right away. 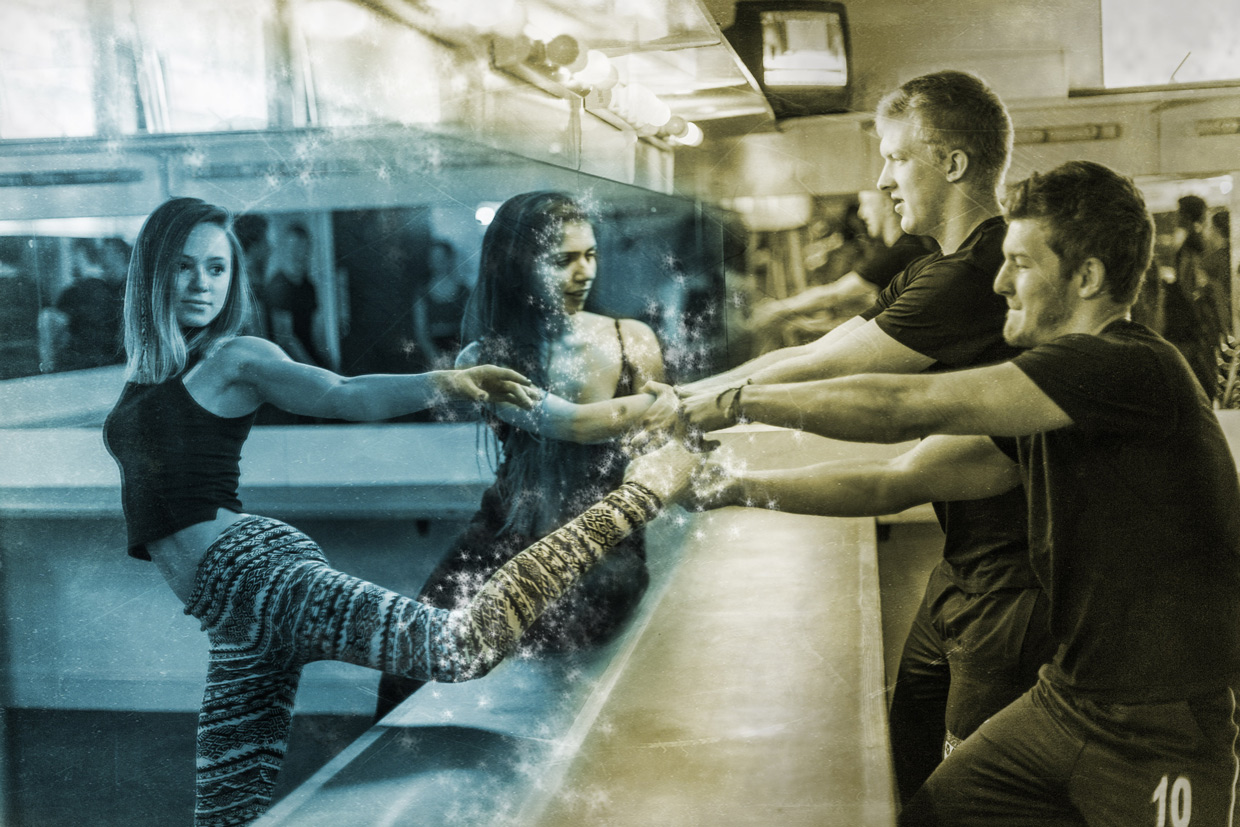 For those who were not in Cambridge this weekend, we had beautiful weather and about +20 °C, so I suggested we should go outside and take a few photos also. It was about seven, so we had the golden hour, beautiful orange light and long shadows. We ended up in the middle of the street, much to the amusement of the passers-by.

It was a fun afternoon, and I got a huge pile of photos to go through. The ones above are some of my favourites. Even though we did not get as many photos of the actual performance, it turned out to be a success and everyone had a good time, which in the end is what really matters. Well, that and some decent photos. 😉

I’ll be photographing their dress rehearsal on Wednesday, so stay tuned for more dance shots. The show opens at the ADC Theatre, this Wednesday at 23:00.