About two weeks ago Helena Blair and I went to King’s Lynn to do a photo shoot. Our original plan had been to go to St Peters in Wiggenhall, but after discovering Castle Rising that became our destination. A week later we returned to King’s Lynn, this time to photograph at St Peters. We wanted to do some sunset photos, so we headed out in the afternoon. A day return train ticket to King’s Lynn from Cambridge is really cheap, about £5 with a network rail card. The taxi costs a bit more and our driver was not really sure where we were going, but eventually we found the right place. The church was sandwiched between two big houses, and the lawn was tended to. The black death swept through the area in medieval times, wiping out villages, but leaving the stone churches standing.

The theme for our photo shoot was Fallen Angels. Helena had brought four dresses, two white and two black. We also had feathers, a spray can and fake blood. The latter we completely forgot to use. 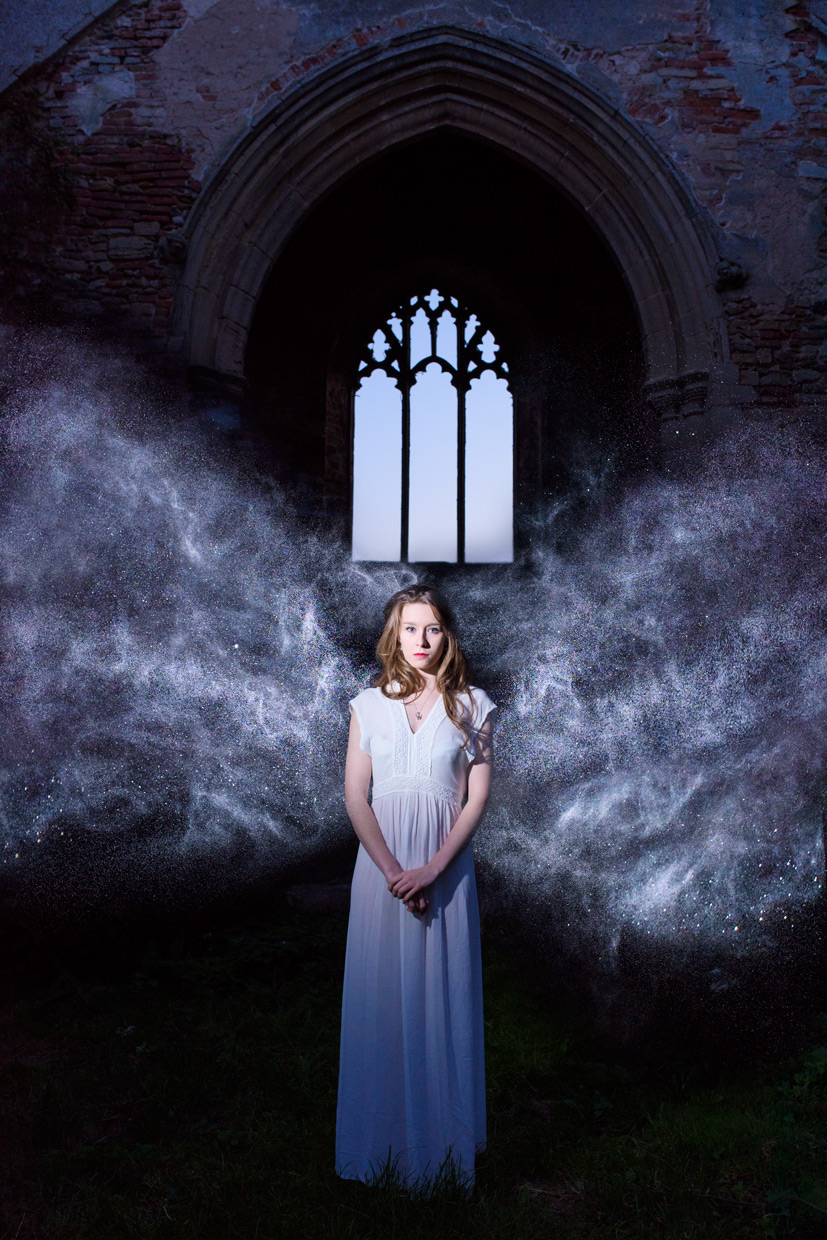 It was a great day out with Helena. I am glad that we decided to return to King’s Lynn to visit the derelict church St Peter’s. It made for some epic photos. There is one more set of wing photos, and I will see when I can get time to add that photo to the blog post.

If you want to see more photos from the photoshoots with Helena, check out our photos from Castle Rising, and the old church in Denton village.