Photography is all about the capturing of light. When the sun is not around we are forced to use artificial light. This post is about creative use of flash. The idea here was to use a long exposure of a dark scene, and then freeze what is going on in front of the camera by using a flash, briefly illuminate the scene several times to create an interesting image.

The first photo that I am showing was taken back in November 2011, before I started shooting RAW. The camera was fixated using a cheap gorilla pod on a low fence, and we used a second camera as an improvised off-camera flash. Helen first stood close to the camera, and Katherine fired the flash, then I asked Helen to take a few steps backwards, and the flash was fired again. We had been quicker than I anticipated, so after that I put my glove over the lens, as a primitive shutter to prevent more light coming in. Sometimes you get lucky, and this is an example of it. This shot was our first try, and the subsequent ones did not turn out nearly as nice. 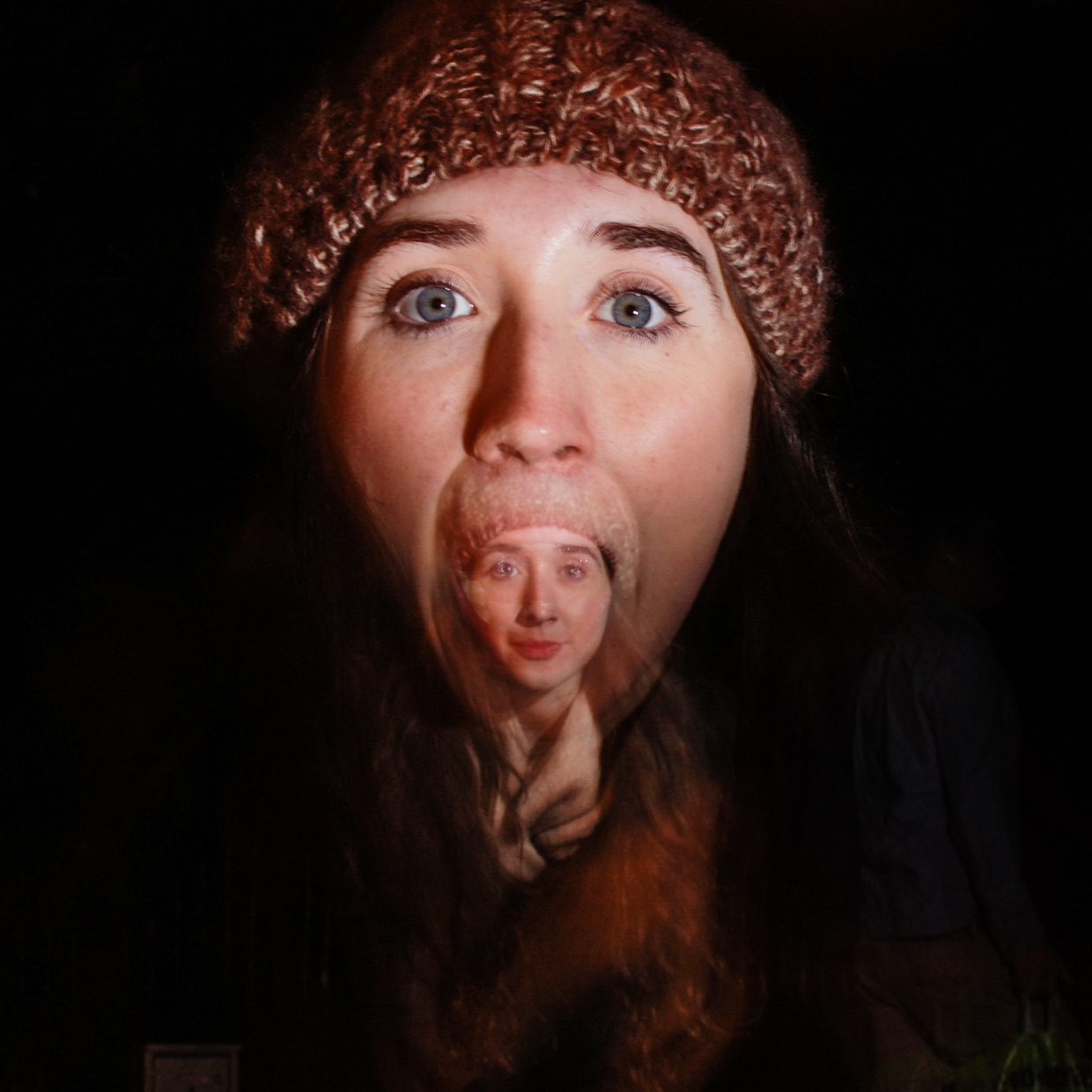 The second photo taken in May 2013 is another example of a long exposure shot using flash. There is no photoshop here, other than changing the tonal curves, white balance and lightening up the eyes somewhat. What you see is Jo illuminated by a flash from the left, then Joseph quickly switched places with her, and we illuminated him by a flash from the right. To make sure their heads were aligned we had a second tripod that they put their chins on. Their faces almost perfectly blend together. If you try this, it is important to keep the faces at the same angle, to make them equally tall. 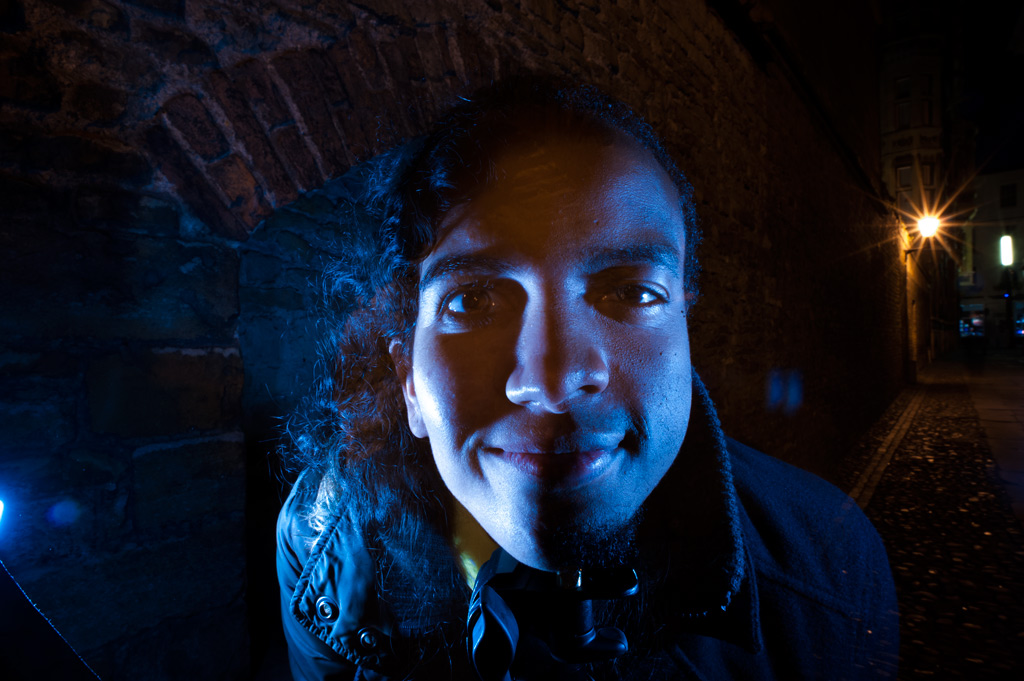 The third example uses one long exposure and three flashes, we were trying to create a ghost feeling by making Agata semi-transparent. I cropped in the photo to a square format, because you could see me holding the flash to the right in the photo. When doing these shots, be careful not to get the flash in the picture. Also you might want to hold a hand or jacket up between the camera and the flash, to shield some of the stray light. 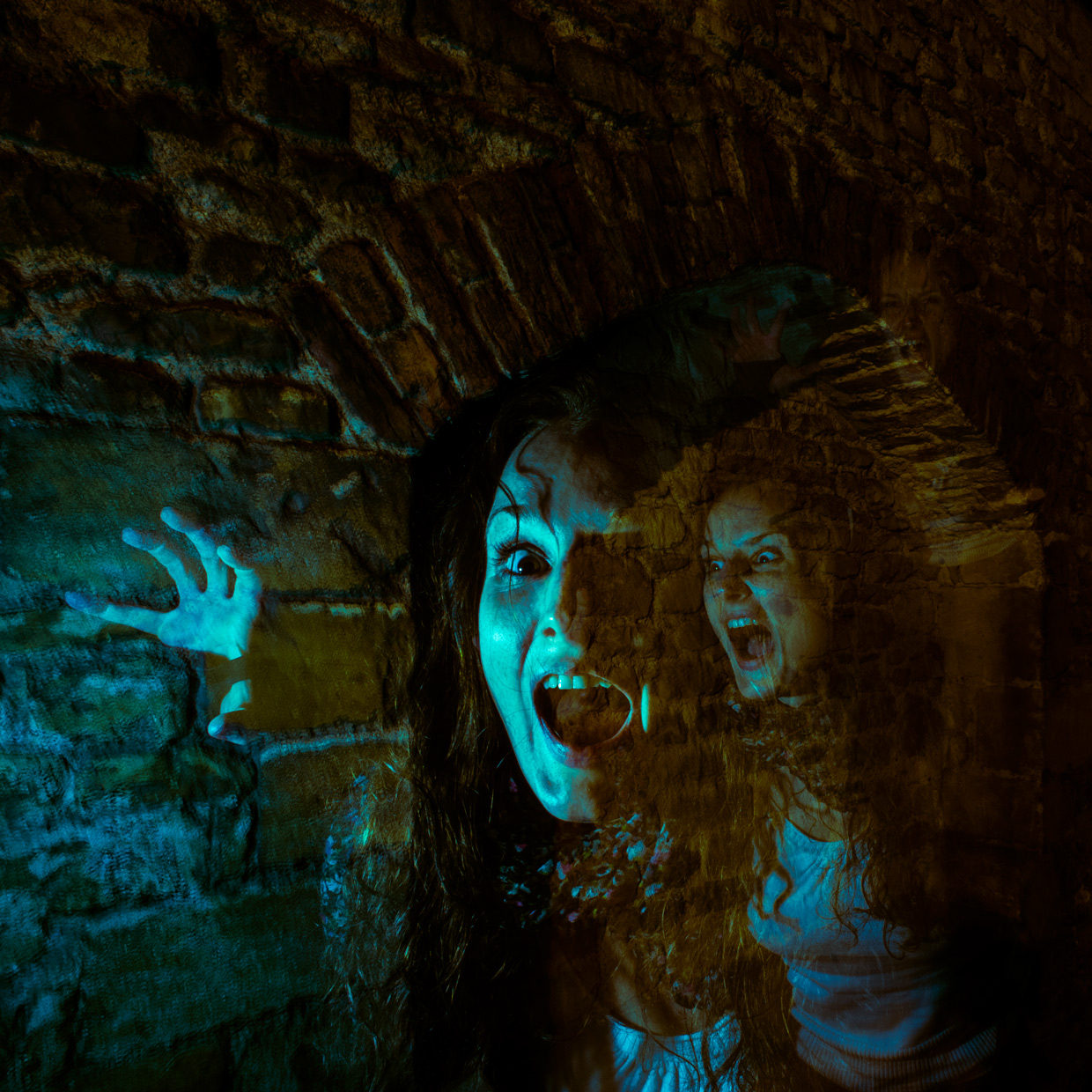 When doing this type of shots with your friends, make sure everyone gets involved either by standing in front of the camera and then running away after the flash has illuminated them, or holding the flashes and working on getting the light to illuminate the scene right. For the background or stationary objects you can use bike lights and flashlights, that slowly paint the scene, but for people you probably want to use something that carries a bigger punch like a flash. Above all, have fun with your friends and be creative.