Today the Clare College Music Society performed the opera Livietta and Tracollo in their college chapel. I was there yesterday photographing their dress rehearsal. This play was originally performed during the intervals of an evening’s main opera performance as a bit of light entertainment. Dionysios Kyropoulos and his cast had translated it into English, and the story was now set in the college grounds, with references to the cherry tree outside.

I arrived half an hour early, and got a very detailed run-through of the script by Dionysios who put on a great one man show, acting out the entire play. This allowed me to prepare and better know where to stand to get the best shots. 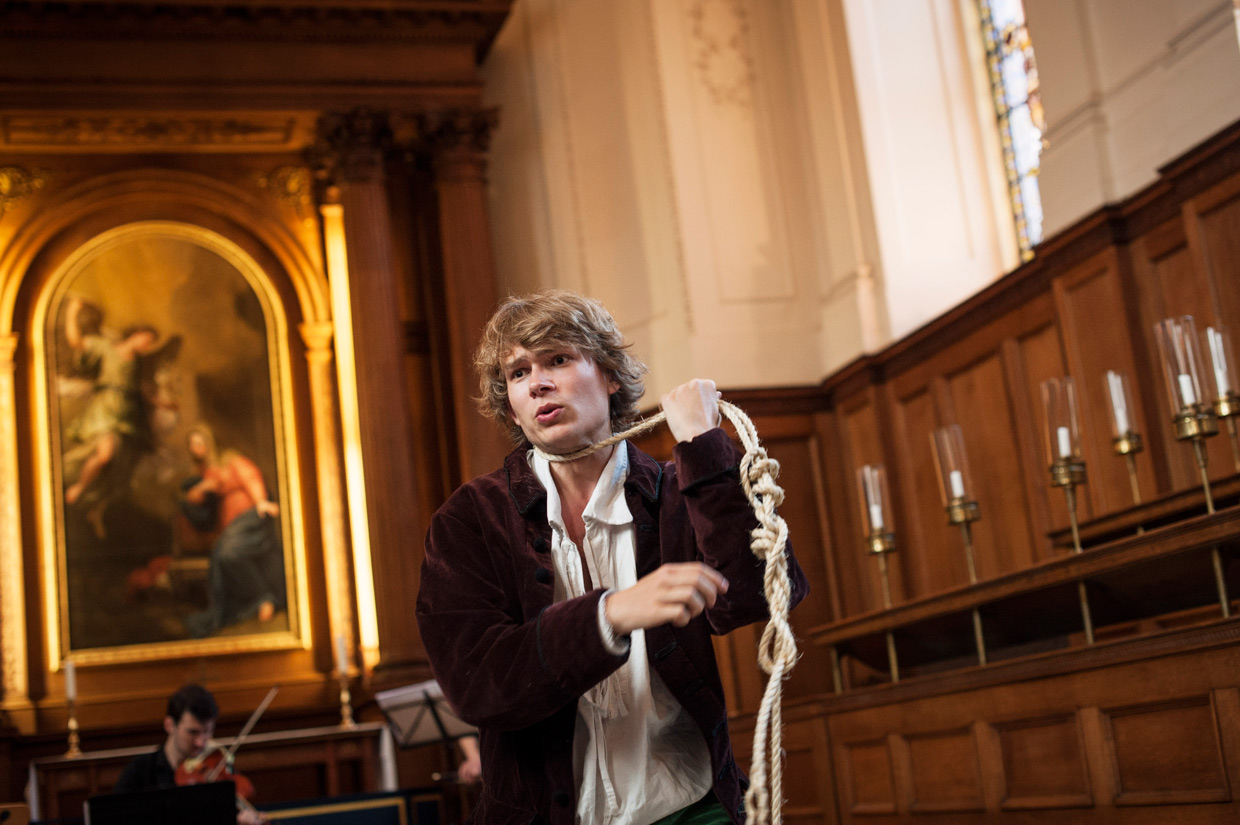 Many thanks to the cast and Katharina Clausius for inviting me to come photograph. It was very entertaining, and I had a good time. For those of you interested to learn more about this talented group, have a look at their webpage.