I am no viper, yet I feed
On mother’s flesh which did me breed.
I sought a husband, in which labour
I found that kindness in a father:
He’s father, son, and husband mild;
I mother, wife, and yet his child.
How they may be, and yet in two,
As you will live, resolve it you.

Reading between the lines Pericles instantly understands that King Antiochus is having an incestuous relationship with his daughter, and that if the he reveals the truth he will be killed, likewise if he fails the riddle he will be killed, so he stalls for time. Antiochus grants him 40 days, and Pericles flees the city pursued by an assassin. This is the start of a long adventure with many twists and turns.

The Shakespeare festival in Cambridge is taking place in July and August. They had some of their actors roaming the city handing out flyers. I got one of the flyers and decided to send the group an email and ask if they wanted some photos of the dress rehearsals, which is how I got in touch with David Crilly, the artistic director who invited me to the rehearsals yesterday. The festival has four plays running in parallel, which meant that I could just photograph one. David recommended the Pericles rehearsal as it was the most visual production. 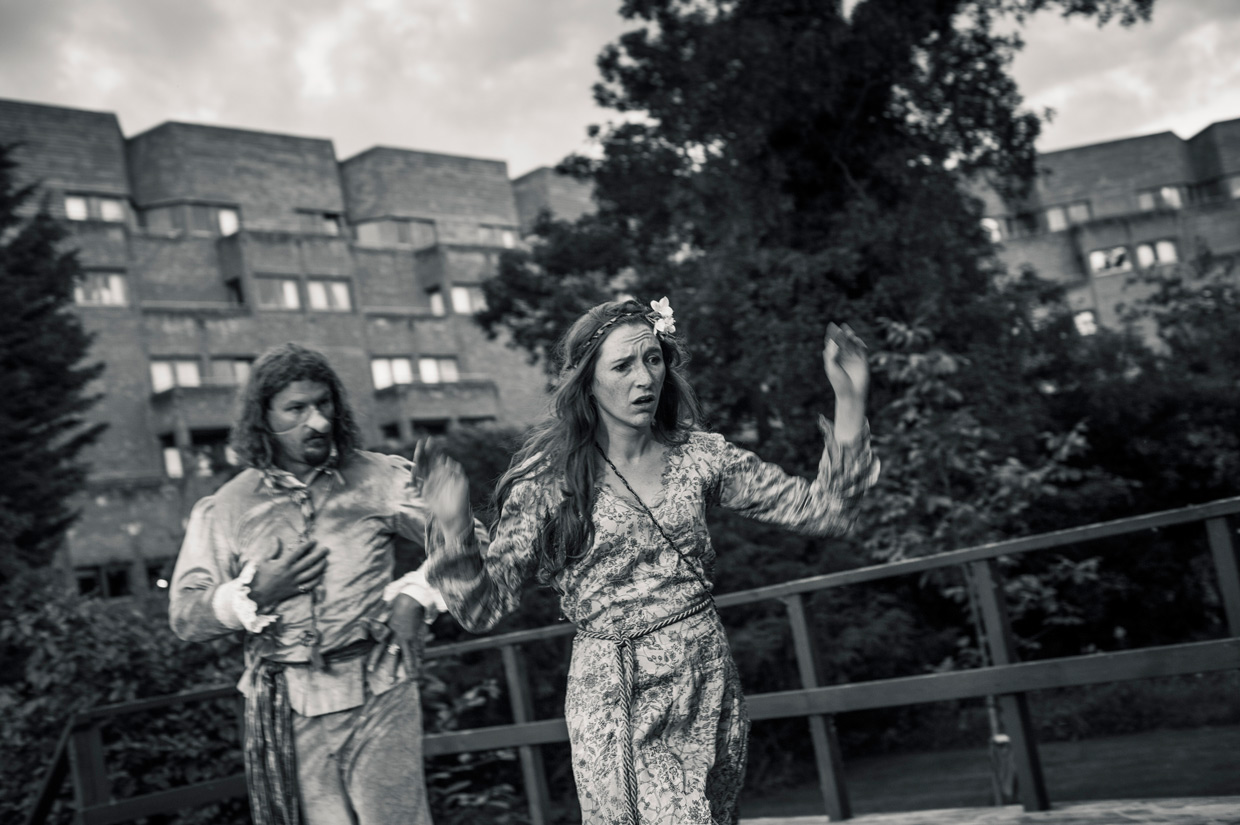 Pericles is a bit of an unknown play, and its origin is contested. The current belief is that Shakespeare wrote about half of the play. For more details, see a book on the subject, or do what I did and read Wikipedia. If you have time, go see the play which is full of twists and turns. I sometimes had a bit of a problem following what was going on, but then again I am not well versed in the poetic Shakespeare-speak. It was entertaining, and the cast did a brilliant job. Robinson College had a good outdoor stage, with good lights, a blessing when photographing.

Yesterday was a busy day, we had the fourth postdoc photography workshop in the morning (there will be a post about that later). Until next time!