We did a morning photo shoot for Rent at the end of January. While the cast got dressed Josie Wastell, Sam Payne, Victoria Bellamy and I were in the theatre rigging the lights. Or rather Sam and Josie were doing all the heavy work and Victoria and I were looking on, feeling rather funny in our helmets. The play is directed by Gabbie Bird with Josie as producer. We were there to do some promotion photos for the play, for a poster and some Facebook and twitter spamming. 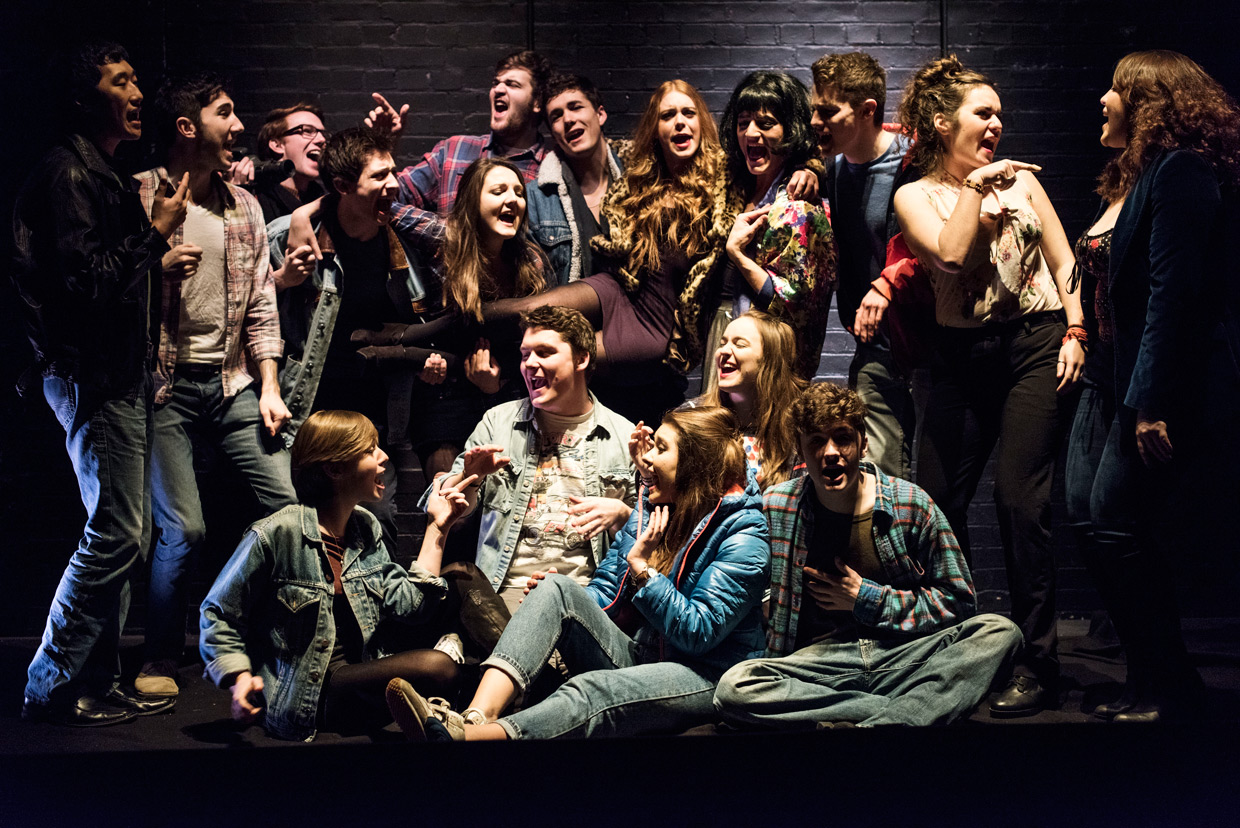 There you have it! A small teaser. You can find the tickets for the play on the ADC webpage. It was a fun and crazy photo shoot!