Yesterday I was photographing a tied up girl in a gas mask. Perhaps not the most normal subject, but I can explain. I got a message on Friday afternoon from Alex O’Bryan-Tear who is setting up a show in Peterhouse Scholars’ Garden and he and his friends were in the process of putting together a poster. They wanted a drinking society photo, with a dark twist. 24 hours later I was standing in that garden shooting crazy theatre people.

The weather forecast said rain, so the production crew had started to prepare the Peterhouse MCR. However, after a bit of persuasion I managed to convince them that it was better to be outdoors. The cloudy sky would provide a good soft light, and a little rain would not hurt, it might even add some atmosphere to the photo. Not sure the actors would have agreed with that assessment.

We walked around in the gardens looking for good backdrops. The fellows’ garden would have provided the perfect backdrop so we took some test shots there, but it seemed that that was not allowed.  We went back to the big deer-less deer garden and experimented with a few other spots. In the end we found one by the wall, with a big tree behind that blocked out the bright sky from the frame. We borrowed a bench from another part of the garden, and got the newly arrived actors to get in costumes, and character, on their temporary set.

We experimented with different setups, and also took some funny photos to mix things up. In the end my favourite shot was one where Natasha Cutler was lifted up by the two guys (at the top of this post), which created a more dynamic composition. There was a lot of experimentation before we got it right. In retrospect we should probably have had the girl with the gasmask closer to the camera also to emphasise her more. 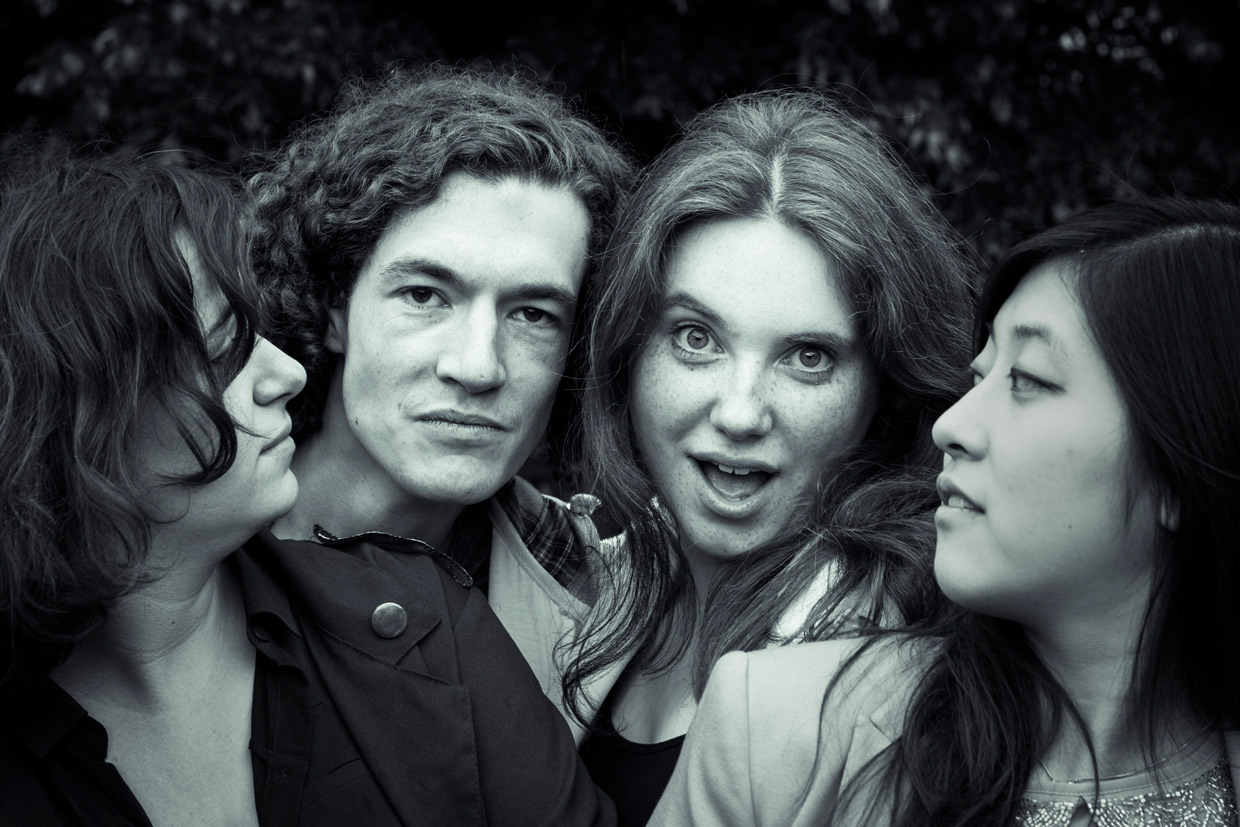 The show is called Saturnalia and will run in the Peterhouse Scholars’ Garden in May week, which I believe takes place in June. Just checked, it is scheduled for 14-16 June (17:00). I am not really sure what they will be up to, but some form of interactive theatre. If what I saw yesterday is any indication of what the show will be, then expect something crazy from this creative bunch! 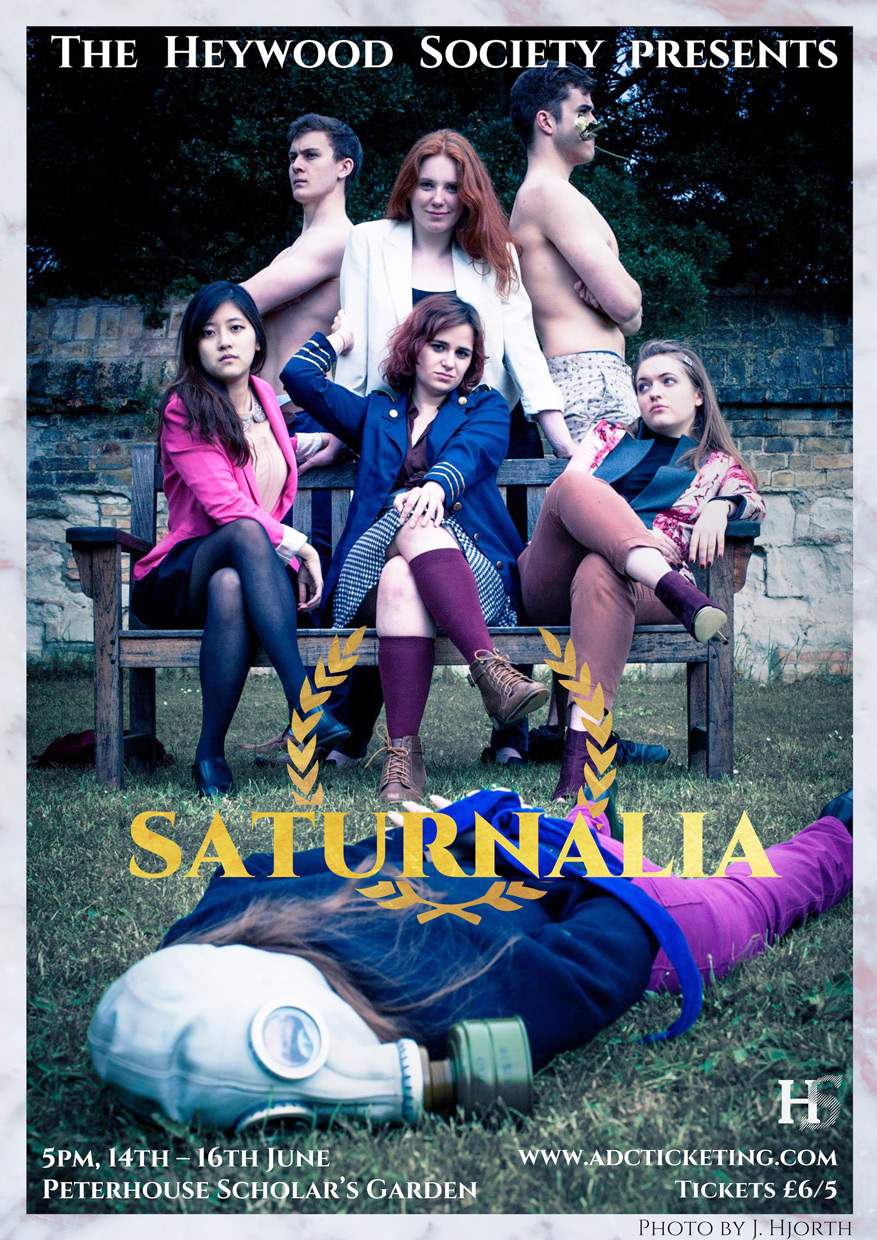