Toby Marlow’s and Lucy Moss’ musical SIX returned to Cambridge as the ADC late show for a week. I had done some promotion shots for them back in June, but missed their performance at the Edinburgh Fringe, so I was really happy to be able to catch their Saturday performance in Cambridge. What a show! We did some quick shots before the show, and then I managed to snap a few pictures from the front row during the actual show, as well as a series of photos with those incredible LED lighted picture frames. It was a visual and musical wonder, below are some of my favourite photos from the evening.

The six wives of Henry VIII are back …performing their highly-anticipated show as the world-famous girl-group, SIX! Ripped from the pages of stuffy history books, this newly written musical has all the sass and sparkle of a 21st century pop concert performed by history’s most misunderstood women.

With a live band and heaps of high-energy choreography, let SIX sing you through the hook-ups and heartbreaks hidden behind Henry – this is a punchy, herstoric retelling of events that will blow away the cobwebs!

After a sold out Edinburgh Fringe run, Cambridge University Musical Theatre Society’s original musical returns to the ADC. Get ready for a combination of some of the best writing, musical, acting, technical and creative talent in Cambridge!

For the first few songs I snapped a few photos, but after that I decided to switch to filming the songs instead, so as not to disturb my neighbours too much with the shutter clicking.

“Welcome to the show, to the histo-remix
Switching up the flow as we add the prefix
Everybody knows that we used to be six wives”

“Listen up, let me tell you a story
A story that you think you’ve heard before”

“Sitting here all alone, on a throne, in a palace that I happen to own,
Bring me some pheasant, keep it on the bone”

“We’re one of a kind – no category
Too many years – lost in history
We’re free – to take our crowning glory
For five more minutes – we’re SiX!” 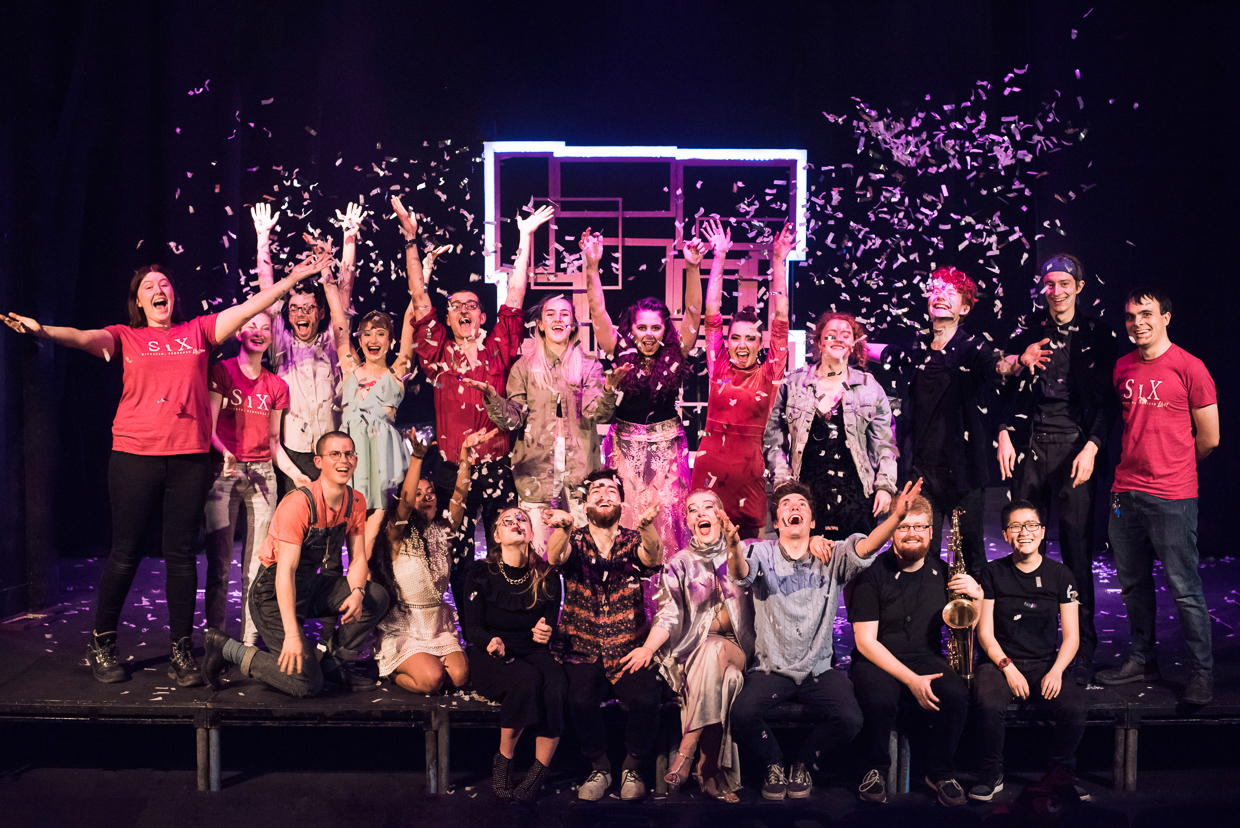 Many thanks to the SiX cast for a fun evening!

For more theatre related photos, see the Theatre category on the blog.

Toby and Lucy took the musical to West End, and you can listen to the songs from there on Spotify.