My cousin Madeleine Näs has been riding for 20 years at Djursholm’s Stable. We had been talking about taking some riding photos this past summer, but it was not until today that we finally met up for a photo session. The stable is located along the rail track going to Näsbypark. It is the same route that I had been travelling daily while studying at Kungliga Tekniska Högskolan (The Royal Institute of Technology) in Stockholm. It was like taking a trip back in time.

Madde had been working today and when I arrived she was getting her horse Dalwhinnie ready. She is big, but a very friendly horse, that likes to nibble playfully on your hands or arms when they get within her reach. Madde described her as a big baby that had not yet realised she was six years old. 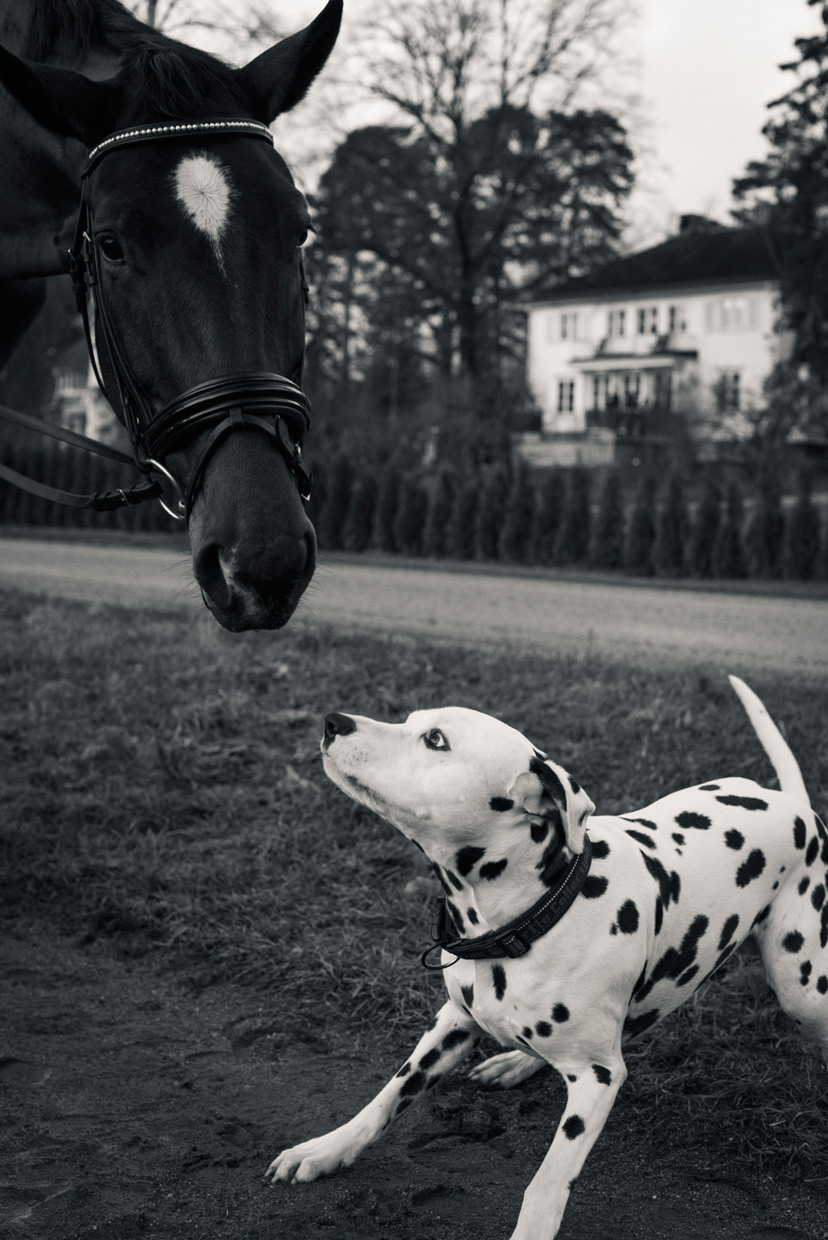 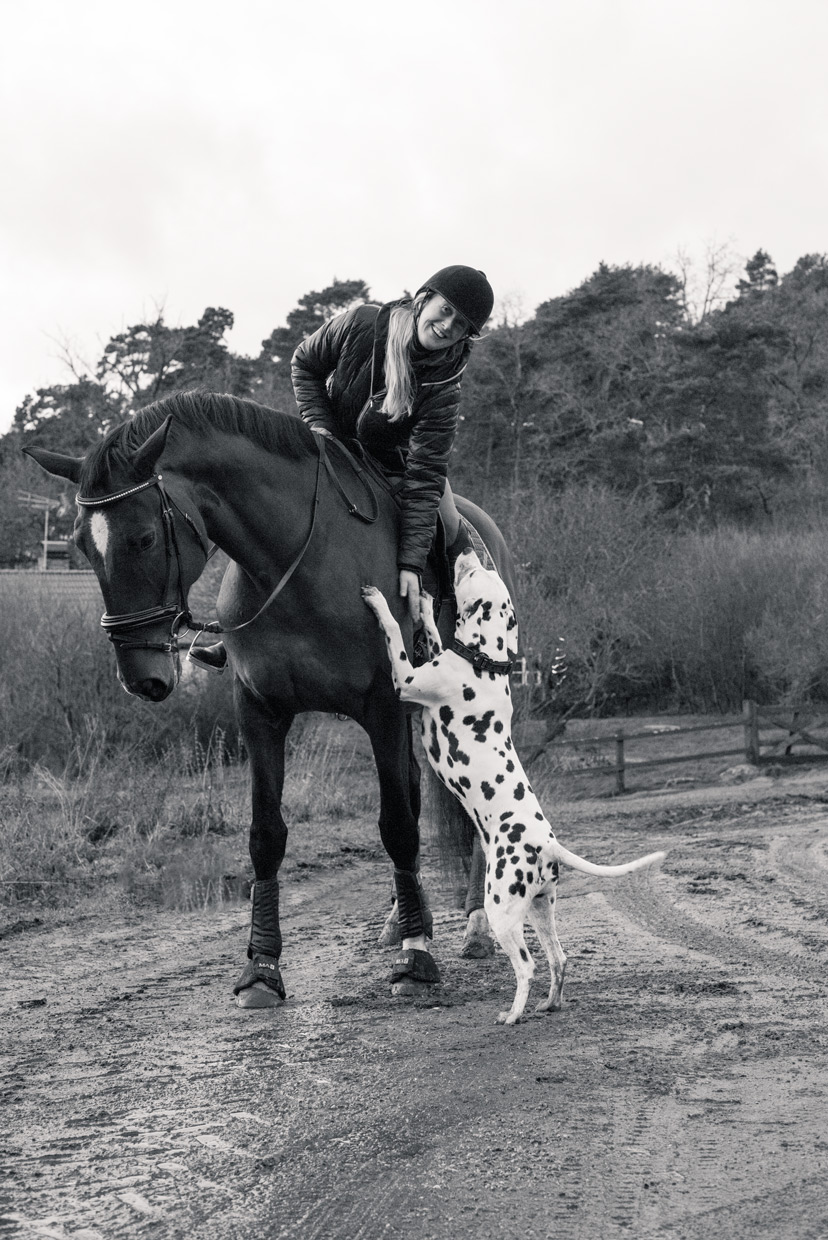 My drawing tablet is still in Cambridge, so I edited the photos using the built in touchpad on my laptop. Doing so made me realise how important that tablet has become to my workflow. All adjustments go slower in camera RAW, although it is still possible to do them. Where I really missed the tablet was when editing the image in Photoshop. Using my fingers on the trackpad felt really clumsy, and lacked the touch sensitive control of the tablet and pen.

It was great fun to catch up with Madde. We used to see each other more often when we were younger. Hopefully there will be more opportunities when I move back to Stockholm in April. Tomorrow my brother Jonathan and his family arrive in Stockholm. The next blog post will probably have a Christmas inspired theme…