This past summer I photographed Johanna Hasmats in Tyresö, and just as we were wrapping up she mentioned that she also occasionally played with fire. She showed a photo of her breathing fire on a motor cycle, which looked spectacular. We chatted a bit over Facebook at the beginning of December and decided to do something after Christmas. New Year was quickly approaching and yesterday we managed to find a few hours. We met up at Flatenbadet south of Stockholm for some Fire and Ice. Earlier in the week it had been seriously cold, but on this day it was just below zero. Our initial plan was a fire breathing Succubus, but that is a theme better revisited on a warm summer evening.

When doing these photos I am careful not to overexpose the flames, as I want to maintain their texture and not just have a bright ball of shiny fire. The sky was quite bright when we started, but even though we underexposed the sky the flames were still quite bright. 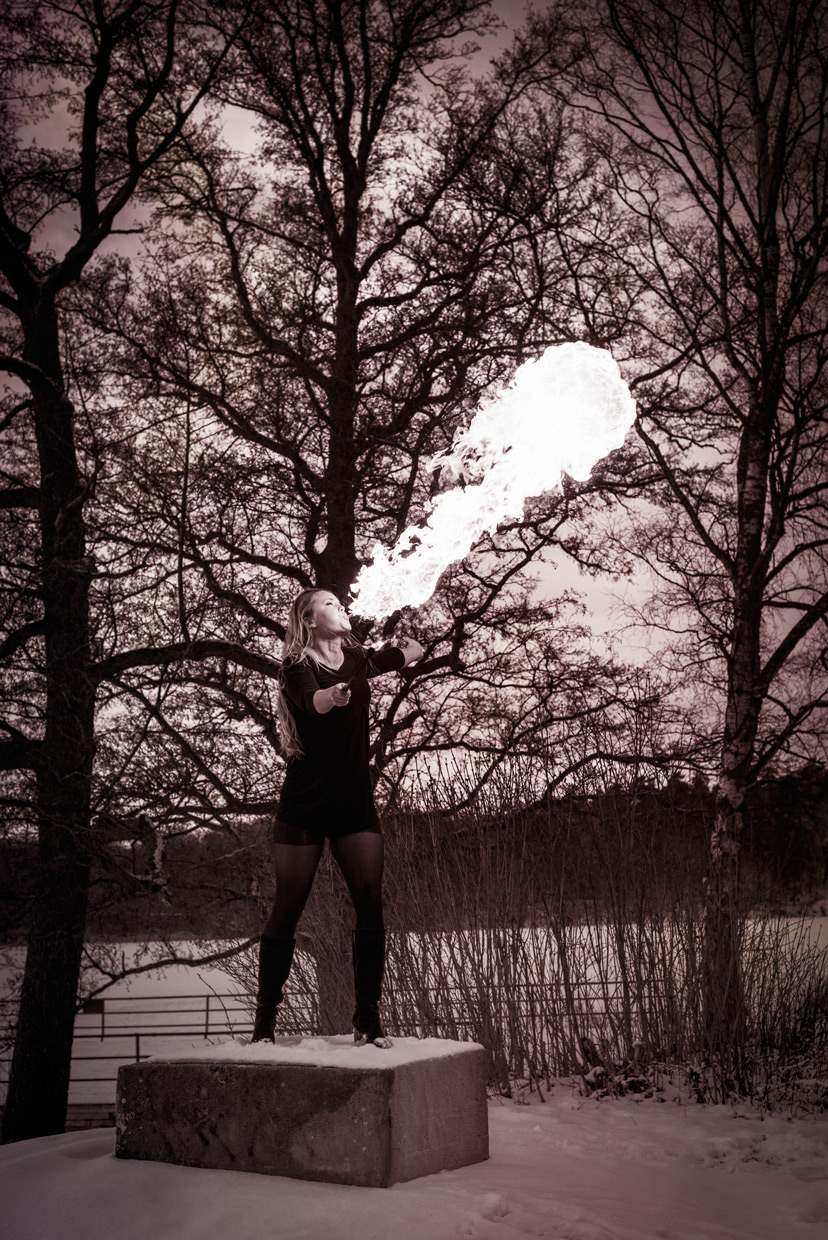 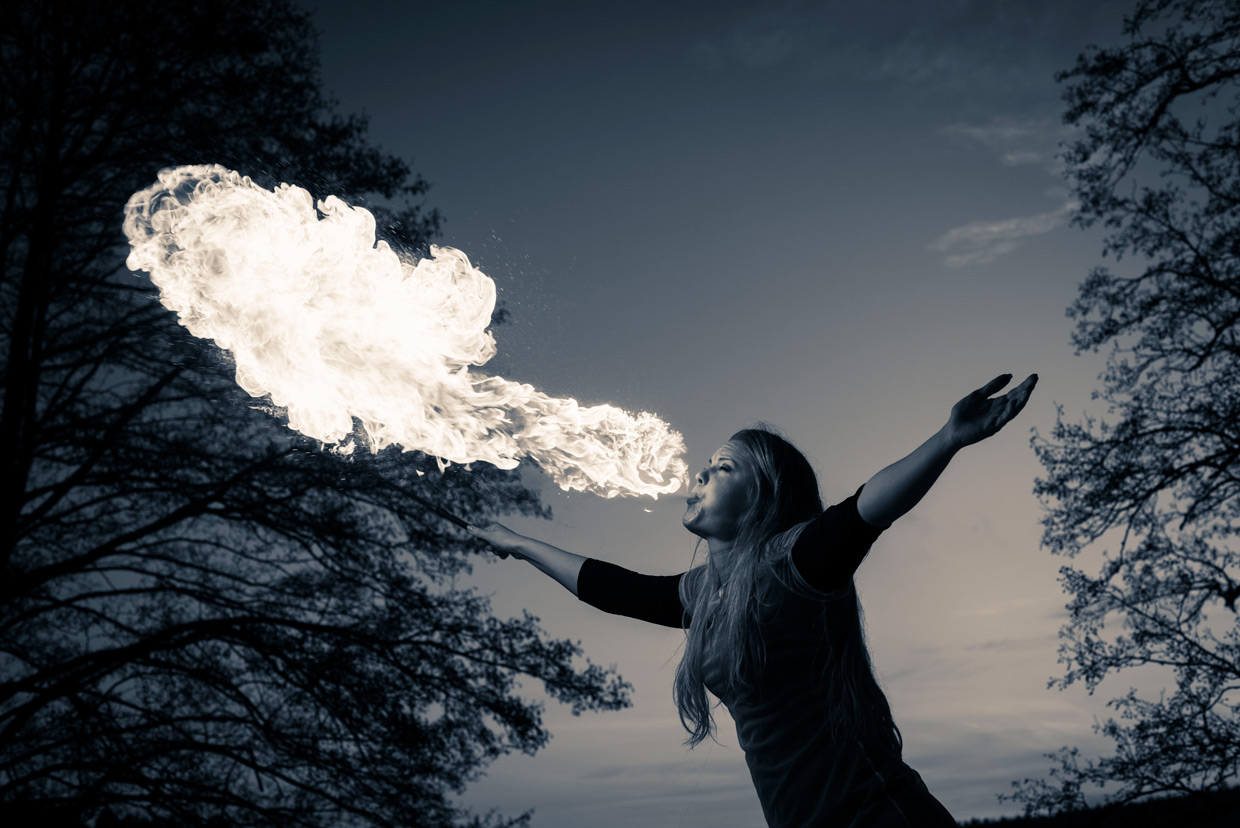 It was a fun shoot, and Johanna was a trooper with the cold. I wanted to work with silhouettes and the beautiful sky. Sitting here in my warm armchair at my parents’ place I realise that one thing we could have done is to have thrown some snow into the air with the fire. We did try a few shots with Johanna jumping, but those did not turn out all that great. In the end we decided to play it safe, this oily stuff is not good to breath in or swallow. You have to be careful with fire, but it makes for spectacular images.

Happy 100th blog post, and a Happy New Year to you all!