This past Saturday I met up with Linnéa Hult and Hazal Koptagel for a photoshoot in Vallentuna. There are many new areas being developed, with large expensive villas popping up like mushrooms. However, in the forest behind one of these suburban areas is something much more interesting, a memory left from an older era. We trekked into the forest, and found a series of abandoned houses scattered around in the forest.

We had also brought two Enola Gay smoke grenades with us. So after finishing photographing the derelict houses we headed to Vallentuna Sjön for a few sunset photos where we planned to use the smoke grenades. 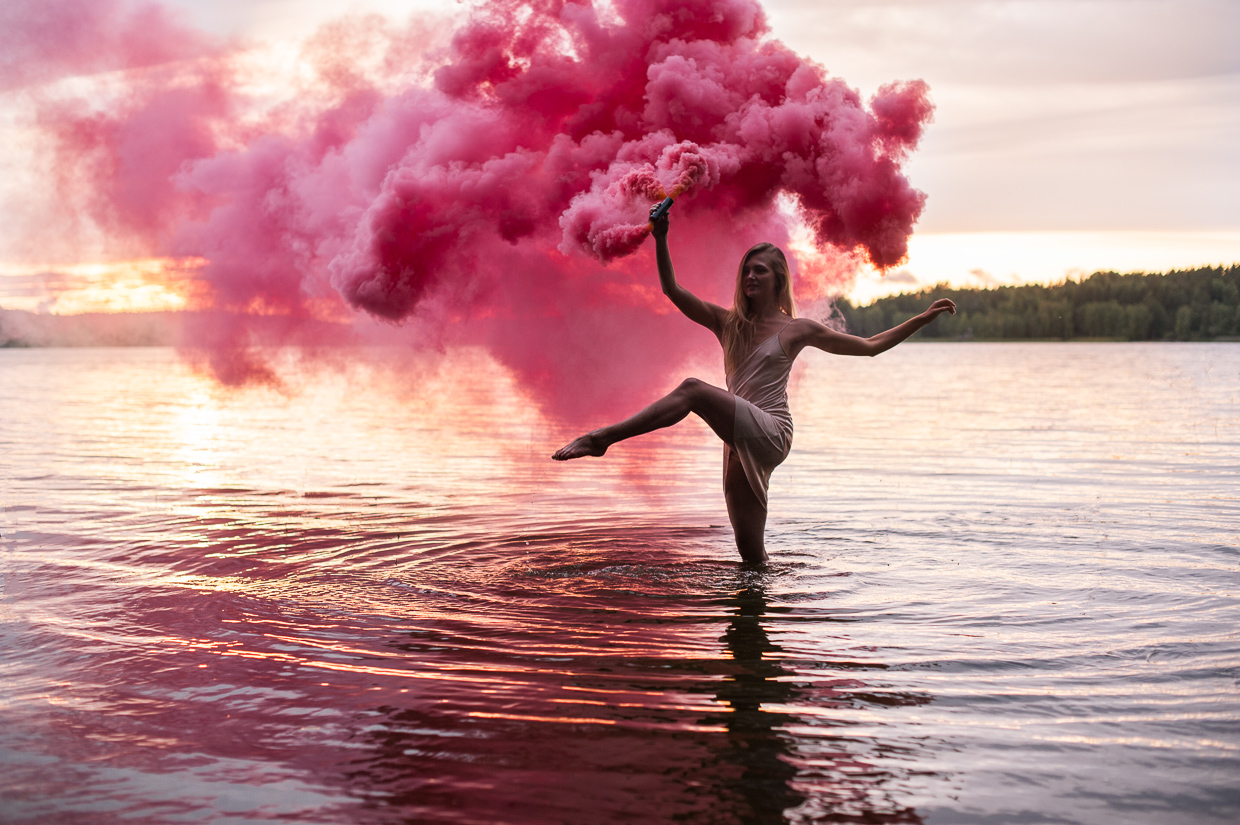 Hazal filmed with her GoPro. Here is the behind the scenes video:

Many thanks to Linnéa and Hazal for joining me on the little photographic adventure!