Johnny King has written a horror story that is being turned into a movie. I met up with parts of the cast for a promotion photoshoot on Wednesday. Johnny had booked The Judith E Wilson Studio at the Sidgwick site.

“Do you believe in the afterlife?”

A young woman dies suddenly and unexpectedly. Her friends plan a cleansing trip to the seaside. All is not what it seems, and the mechanics of death aren’t quite what they should be. Who is Hurtle T., how did Adrianne really die, and why are there ghosts everywhere?

Meet jeering Adrian, absent-minded Romania, foppish Birch, the self-proclaimed Ex-Ghost, and, at the centre of it all, Susanne herself and her tragic decline.

A comic and unsettlingly dark film heavy with theatrical ambiance, Susanne is a twisted foray into some of humanity’s deepest fears. 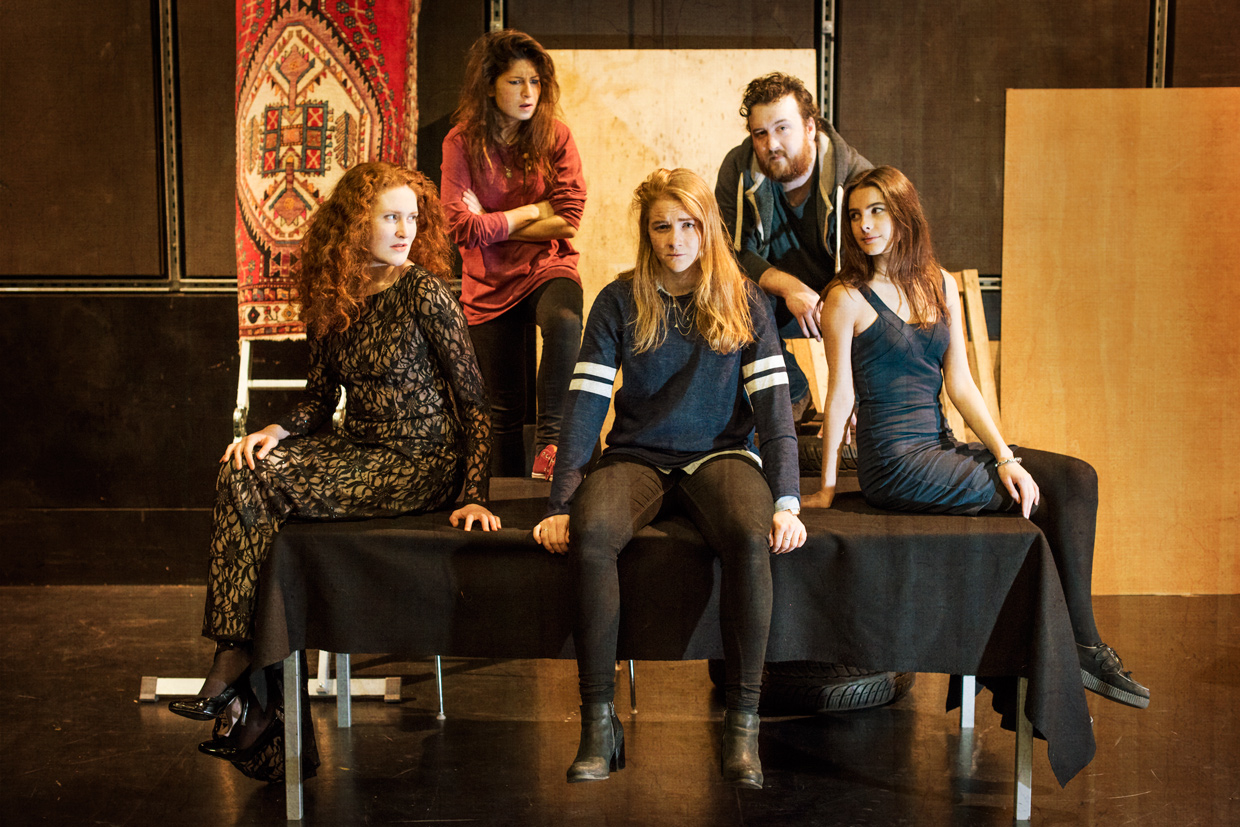 After the group shot most of the cast had to leave, but a few brave souls stayed behind.

Many thanks to the cast and crew of Susanne for a fun morning!