The Comedy of Errors photoshoot

Bea Svistunenko, Rosanna Suppa, Atri Banerjee, Emily Larcombe and I spent Saturday afternoon and evening doing a photo shoot for the Comedy of Errors poster. The idea was simple, Atri wanted the two twins played by Bea and Rosanna eating pomegranate, with the twist that one of them would be upside down, drooling pomegranate juice on her sister below. The Larkum studio was not available until nine in the evening, so we started with some photos in Trinity College.

After a break we reconvened in the Larkum studio. Rosanna was running a bit late, so we did some lighting tests with Bea while we waited.

Here is the final poster, designed by Atri Banerjee: 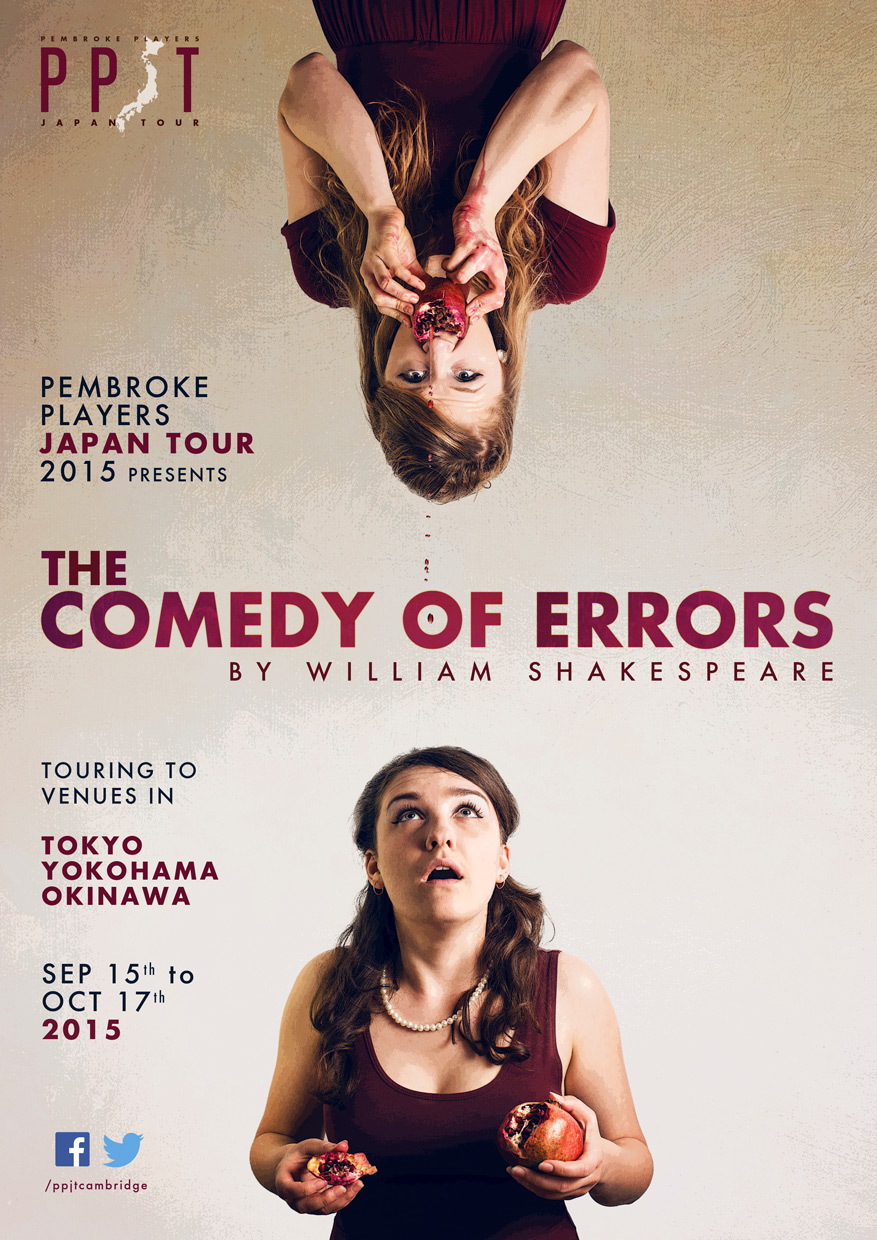 Many thanks to Bea, Rosanna, Emily and Atri for a fun photo shoot! It never gets boring when you are involved in an ADC Theatre production.