Time for a new lens

When I got my first prime lens I was enjoying the blurry backgrounds that the big aperture gave me. It allowed me to isolate the subject and minimise distractions. While those photos still have a time and place, I now work more with slightly smaller apertures, giving me more depth of field. I have also had a desire to have a somewhat wider field of view than what the 50 mm lens provides. Quite a few times I have not been able to step back far enough to fit everything in the frame. Both the smaller aperture and the wider field helps me to put the subject in a context. For that reason I bought a 20 mm f/2.8 lens a while back, which gave me a really wide field of view, but at the price of heavy distortion of people near the edges. For the same money I could have bought a 28 mm f/1.8 lens which has received better reviews. Lesson learned, I would research my next purchase better.

In March this year I was reading about Nikon’s new 35 mm f/1.8 lens and felt it was time to get my hands on a better wide angle lens. I buy all my lenses in Sweden, and my plan was to ask my mother to bring it with her when she came to visit Cambridge. Unfortunately I was not the only one that wanted this lens, it was a bit difficult to get hold of it, as all the stores in Stockholm were waiting for more to be delivered. I had to wait. Fast forward to about a month ago and I stumbled upon a post about the Sigma 35mm f/1.4 ART series lens. It had some glowing reviews. It was also heavier, but I kind of view that as a plus. I do not go to any gym so the camera is the only weight lifting I do. A heavier camera means I will get more muscles, right? Well I can hope.

Today I walked into a Nikon store in Stockholm and finally bought the Sigma lens. Looking through the viewfinder you do not notice anything special, but it focuses quietly and the test shot I took of my dad came out razor sharp. On the way back from the shop I came across a group of singing and dancing people. This colourful explosion of people and sounds were surrounded by police. It turned out they were going to have a parade, so I stuck around a bit. It was a golden opportunity to field test my new lens. Here are a few shots that I took with it. I get a feeling that my six-year-old 50 mm lens is now going to be my second choice. 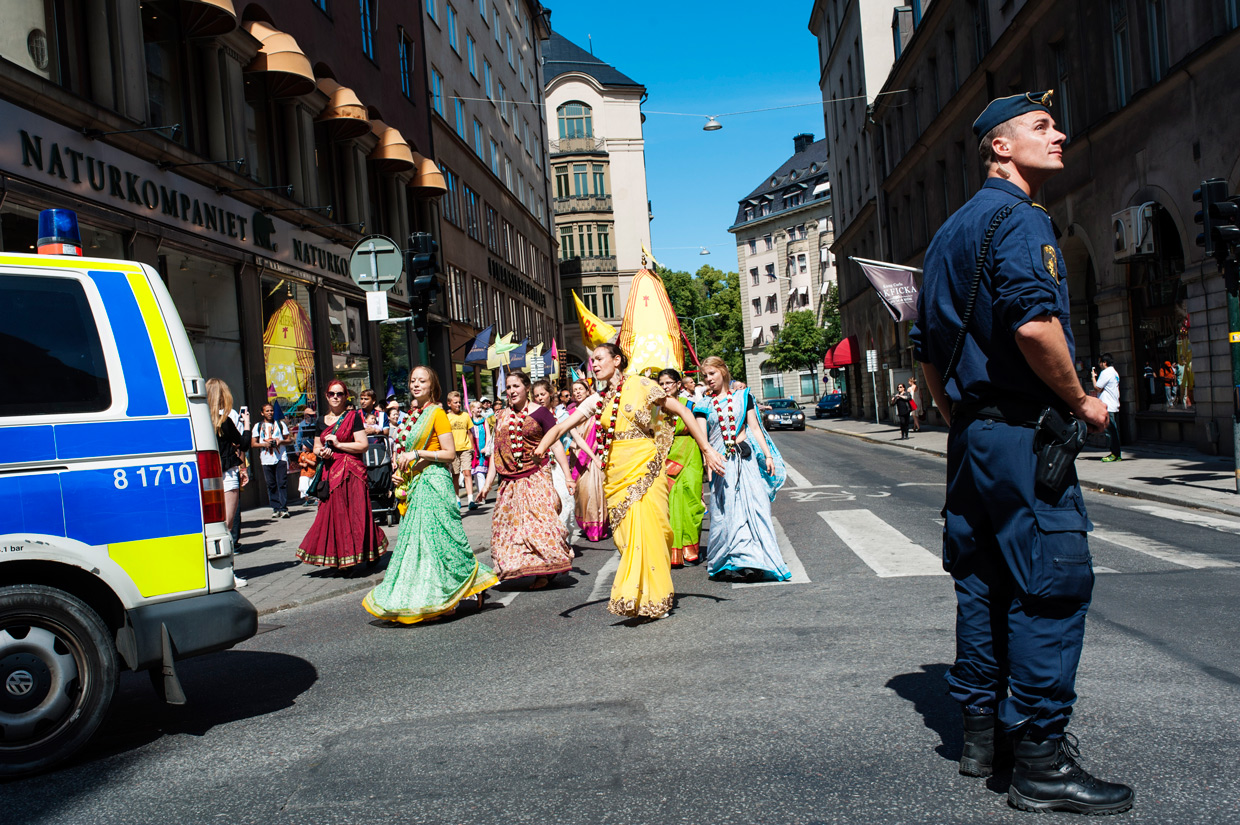 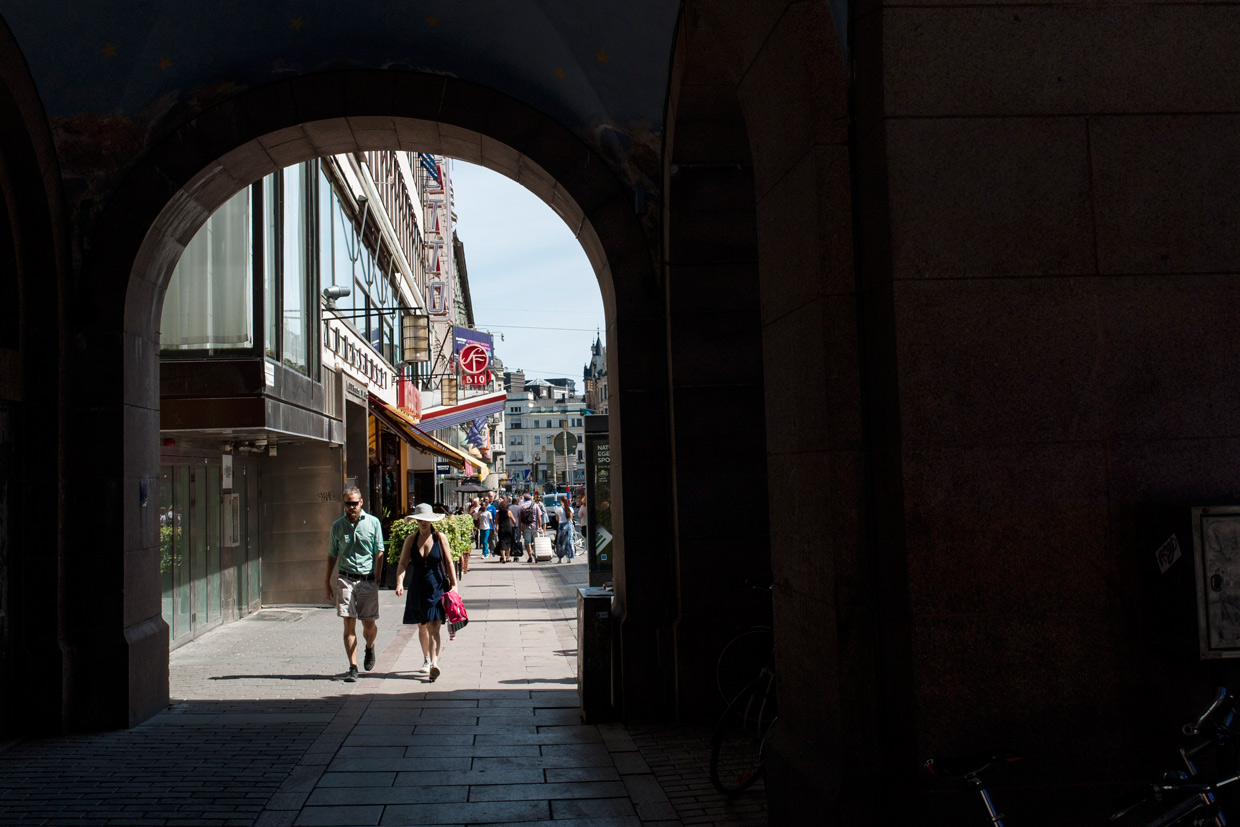 The parade continued all the way to Mynttorget, but I only followed them until Kungsgatan, before ordered by my stomach to head home to my parents for lunch. I was hungry, and also curious to see what the new photos would look like on a big screen. I was not disappointed. You can click the photos above to see them in a slightly larger version.