In Cambridge things changes very slowly. Come back in ten, twenty or thirty years and it will look very familiar. However, some things happen more quickly. C.U.M.T.S 24 hour musical is an example of such a thing. In 24 hours the music, lyrics and choreography is written and sorted out for a musical piece.

I had photographed the last performance of Equus right before, so decided to linger a bit at the ADC Theatre. Here are the photos from the evening show. 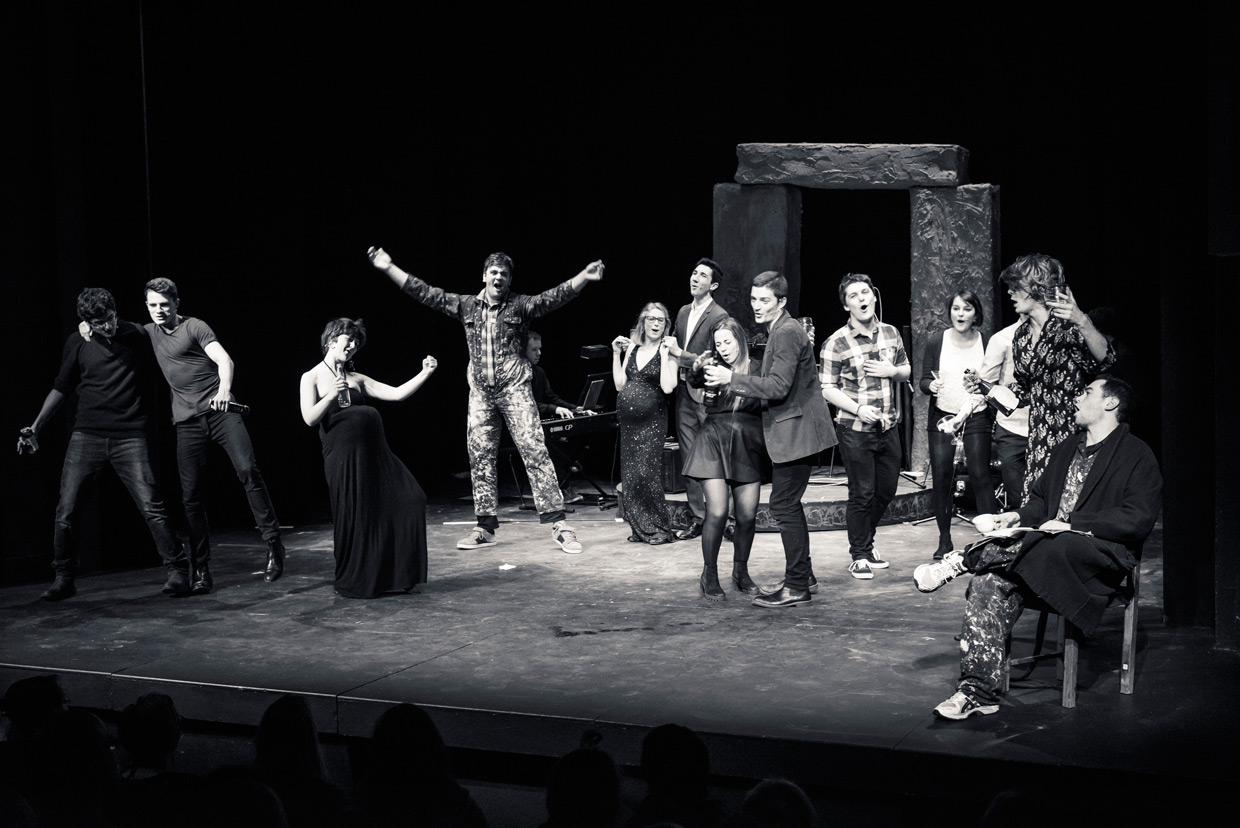 Since it was a live performance I was confined to my front row seat, but for the final part I walked up a bit on the stairs to get a view of the entire cast. It was a fun show, and it is really impressive when you take into account that it was all done within a day.