Equus behind the scenes

Saturday last week was the final show for Equus. Earlier in the week I had photographed the tech rehearsal (blog post) which gave some nice photos of the beautiful stage and lighting. I wanted more. So I asked if I could come for the show on Saturday, and photograph a bit behind the scenes.

I captured everything from the preparations before the show, with singing and body painting by the chorus, to the mad dancing in the dressing room by certain cast members, and finally a few shots from the play itself.

I shot the second act from the sound desk. I was not sure how audible my shutter was. The old camera is quite noisy, but the new one that I had with me for the night has a quiet mode which is considerably quieter. Still I tried to limit the shooting to the loud moments. 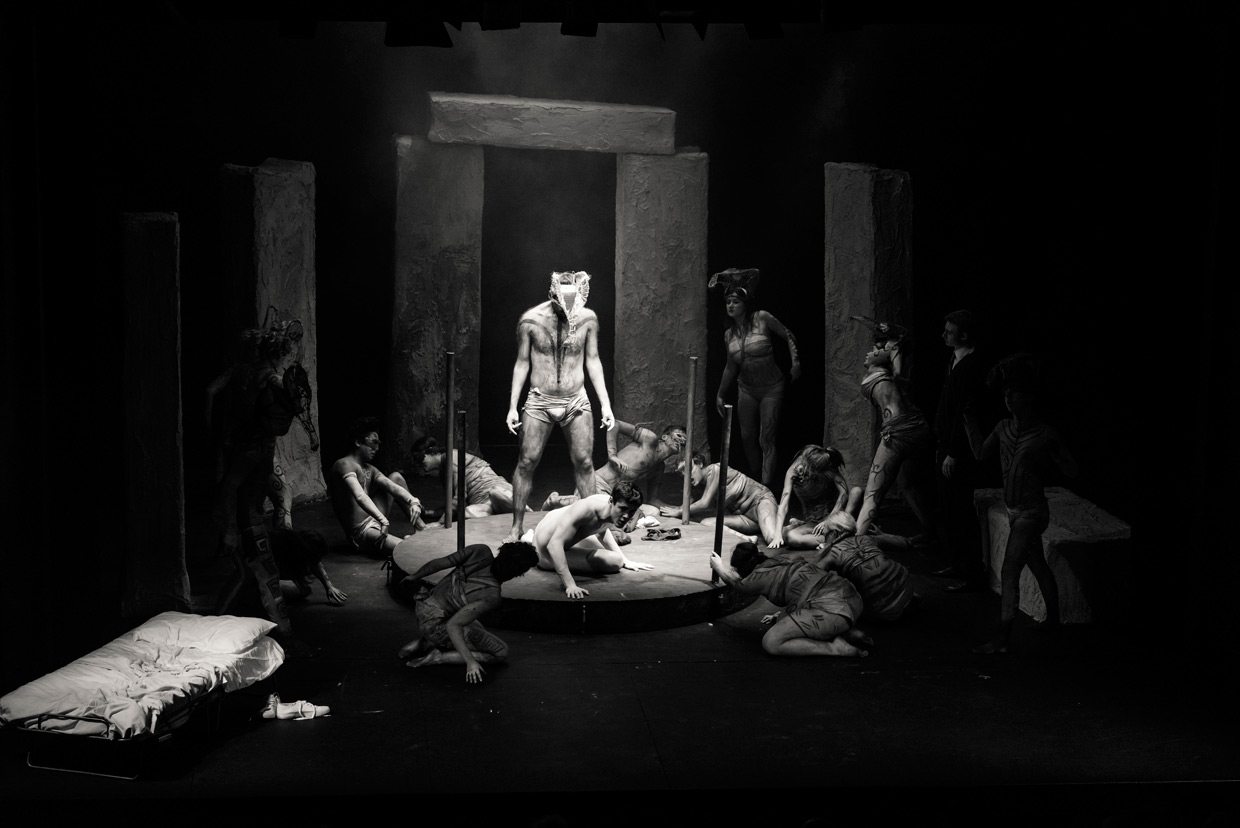 It was really fun to be able to follow the preparations during the evening, and be a part of Equus. I hope that I have managed to give you a glimpse of what took place. Thanks to the director Pete Skidmore for letting me join in the fun, and thanks to the cast and crew for a great evening!