Today Daisy Russel and Steve Bywater joined me for a photo shoot at Segenhoe Church. The church is located east of Eversholt Road, in Ridgmont. We ended up spending some four hours out there in the church. It was quite windy, especially if you were standing in the big arching windows. Luckily Daisy had brought cookies and a thermos of hot tea, otherwise I am not sure we would have lasted four hours.

The skies were really cloudy, I would have wished for a bit more variation in the sky, but it gave us very even lighting. Almost too even, when editing the photos I found that increasing the contrast and clarity made them appear quite flat, while I wanted to get a sense of depth in the photos. 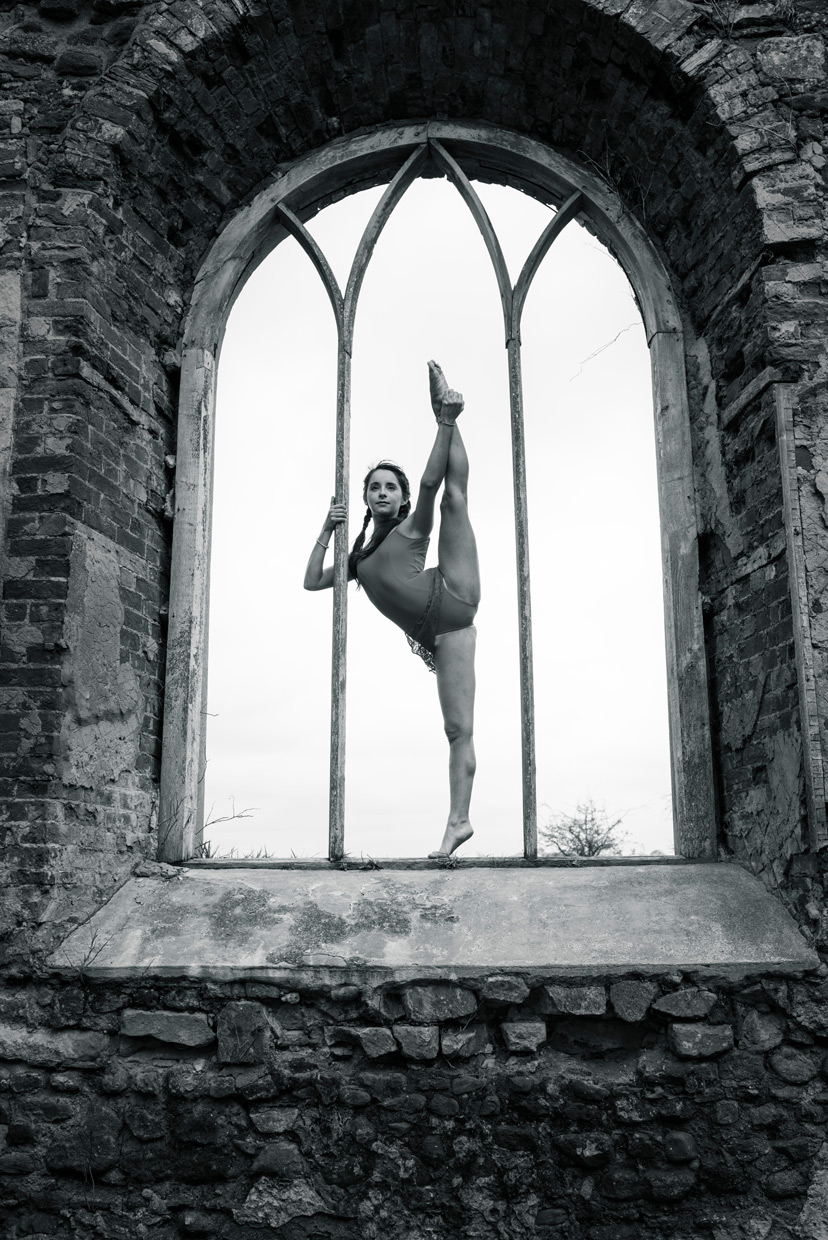 There seem to be quite a few derelict buildings around Cambridge, so I am hoping to do more photo shoots with similar settings. Many thanks to Daisy and Steve for a fun photo shoot!