Yesterday I visited a movie set for the first time. Helen Simmons, who was producing the movie, had asked if I wanted to come down to London and shoot some behind-the-scenes footage for them. How could I resist that? Ignoring my cold I headed out on Saturday morning and brought my old D700 and a 50 mm lens with me. They were filming in an apartment not too far from Clapham Junction. Katie, one of the assistants, came to pick me up by car at the train station, and after some confusion we learned that there were not just two but three entrances.

The movie is called Faceless Paintings, and is the brain child of the director Charley Sherman. This was the second of two weekends they were shooting. The apartment was spacious with two floors, which gave you lots of options for angles when filming and photographing. On the balcony outside they had rigged a big 3000 W lamp to supplement the daylight.

Given that my shutter on the camera is quite loud I had to shoot in-between takes. It was interesting to see how everything was organised and how each person had their well-defined responsibilities. Everything from taking care of the lights, to things like making sure that the level of whisky in the glass was consistent between shots. During takes everyone but the actors and the photographers gravitated towards the portable screen wired up just outside the kitchen to see live what the shot looked like. My favourite parts were the camera rehearsals before the actual shot, because during that part I could move around a bit and steal a few shots of “filming” in progress. Speaking of filming, they had got their hands on an Alexa-M, which was lent to them by ARRI. 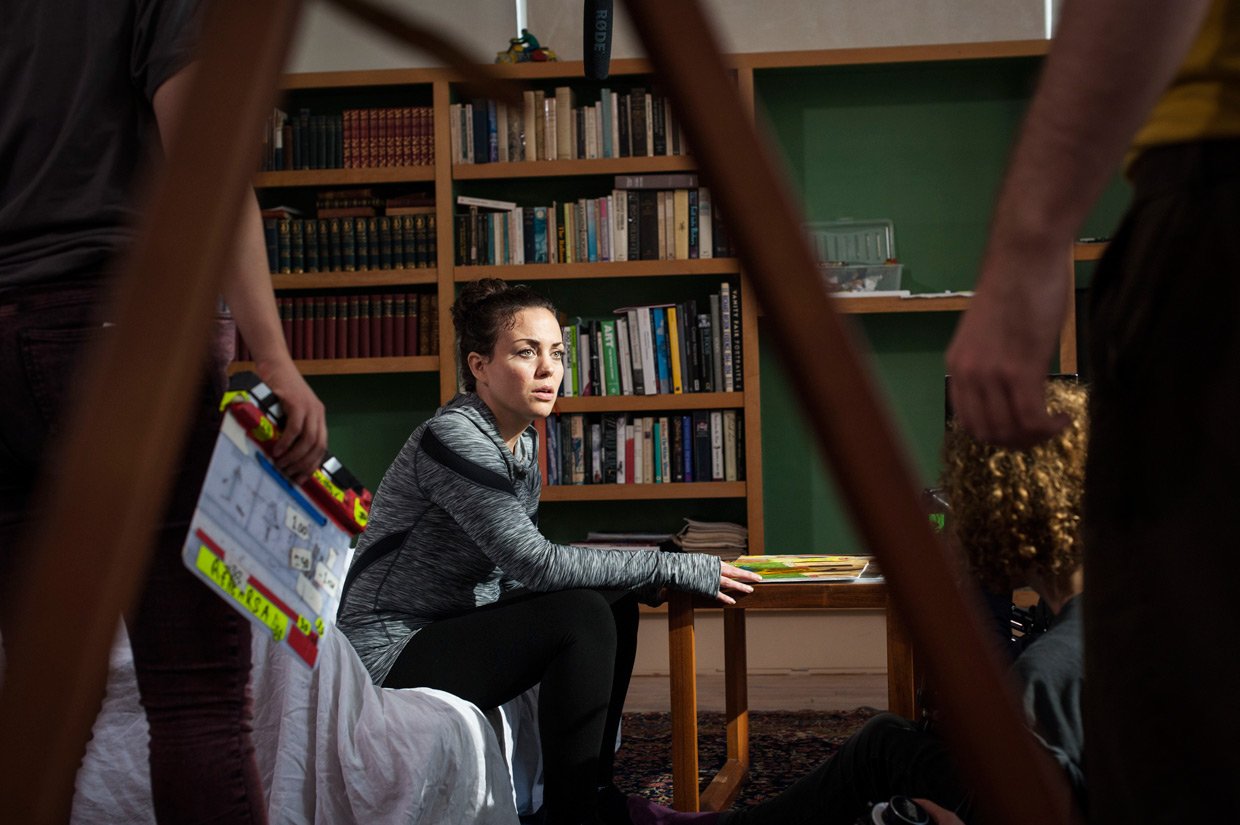 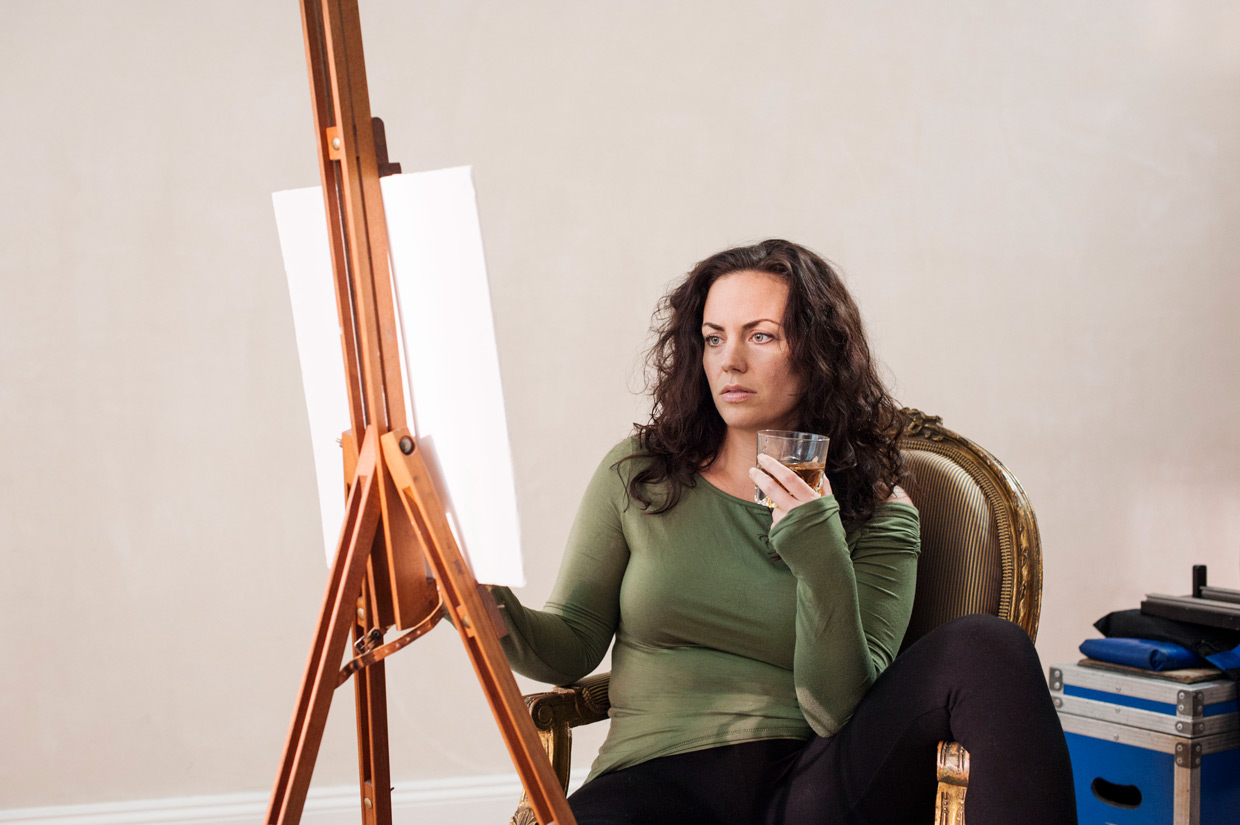 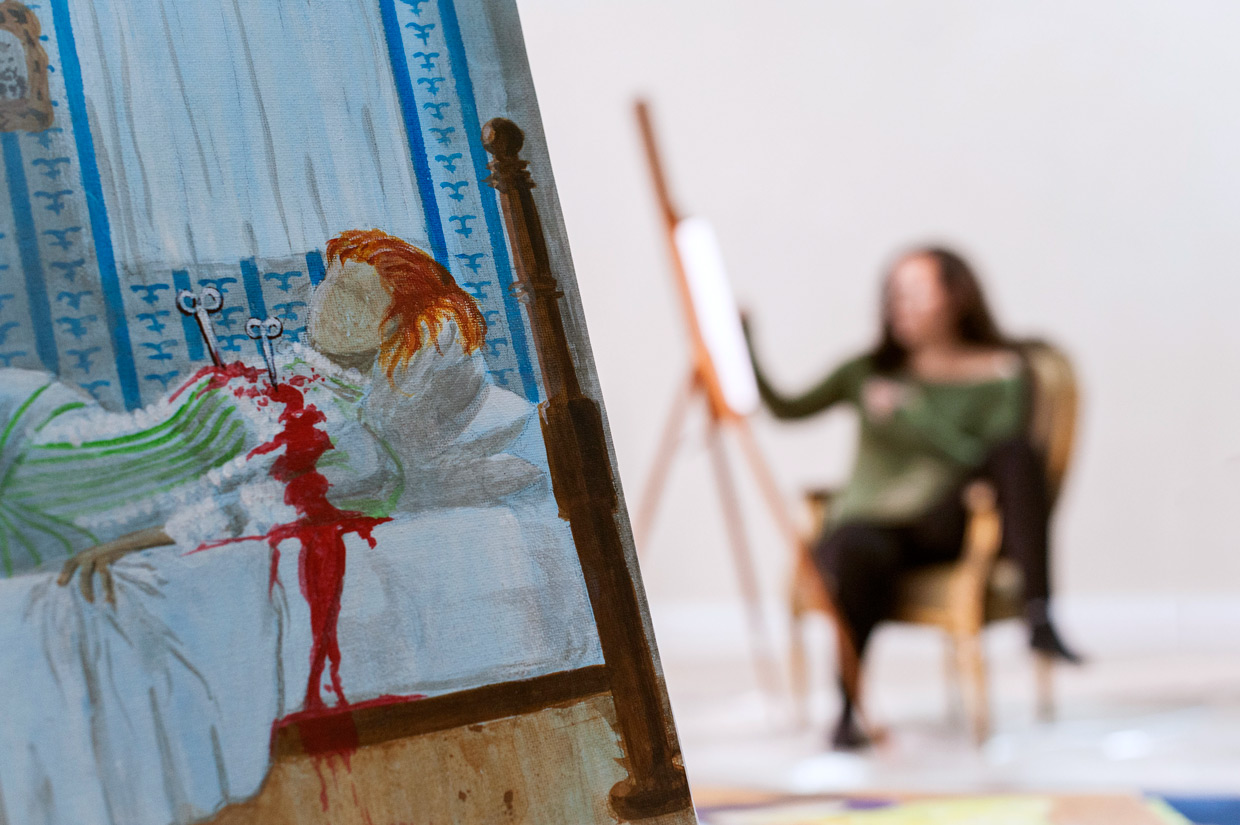 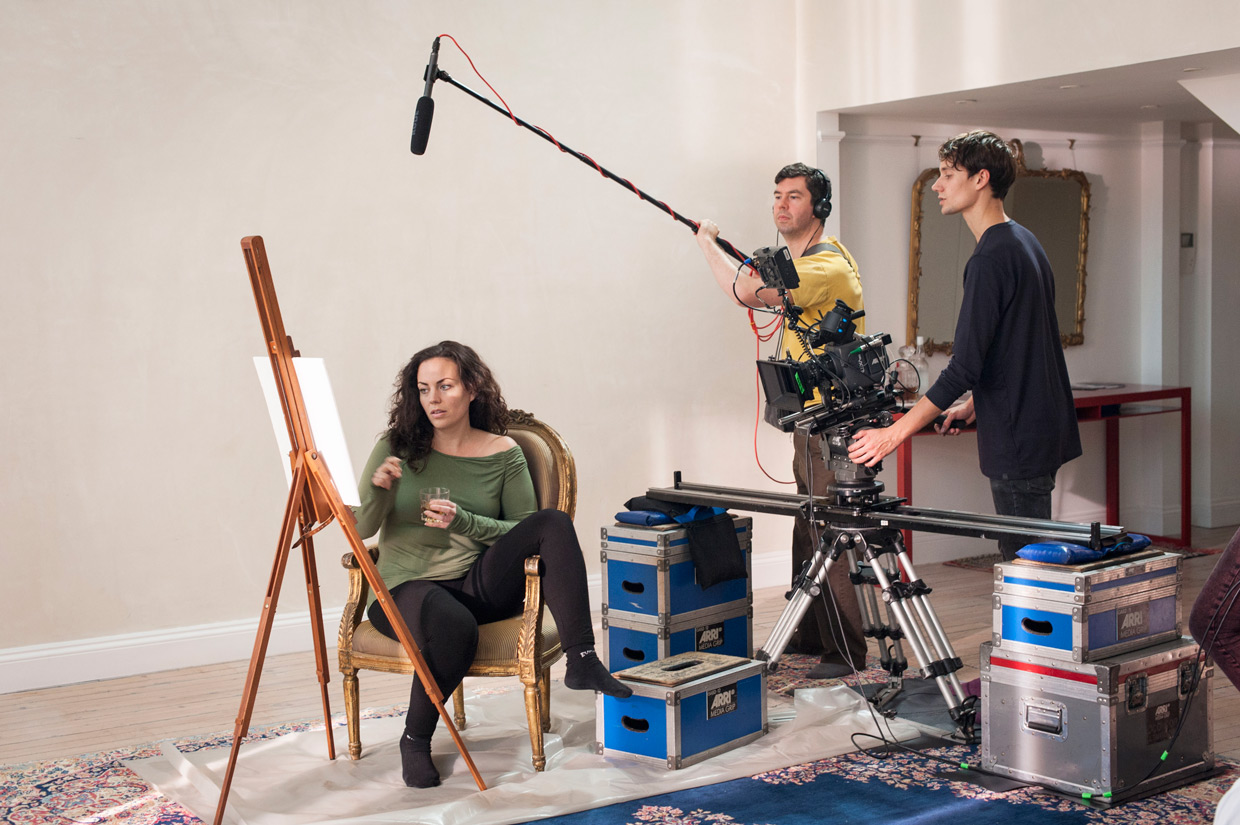 It was a fun day, and I am curious to see the final film when it is finished.