Last week I photographed the dress rehearsal for Tamburlaine the Great, directed by Olivia Morgan, and performed in the Michaelhouse Church. The play follows the life and conquests of Tamburlaine, played by Jack Parham. I had some time before the play started so took the opportunity to have a chat with the cast, and get some tips about important scenes to capture. 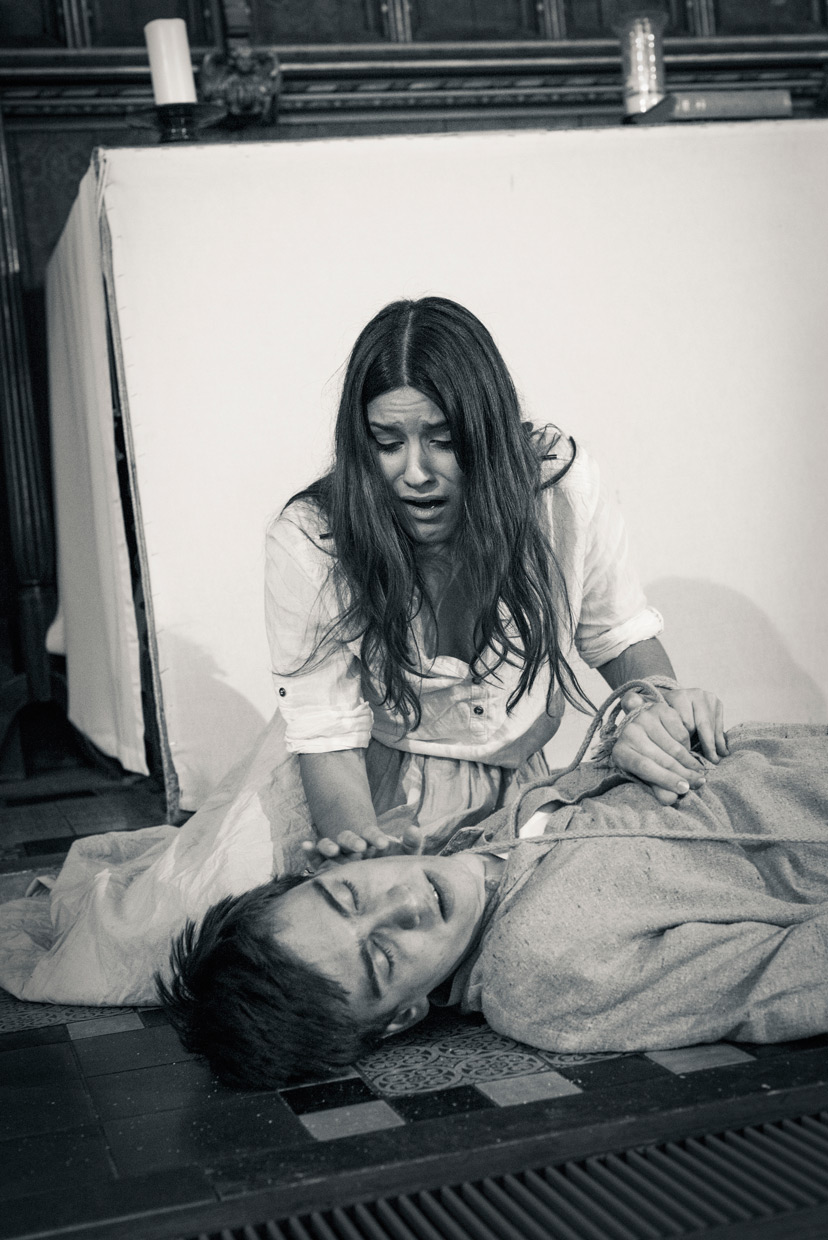 This was not the first time I have shot a play in a church. I photographed the opera Livietta and Tracollo in Clare College Chapel back in June, and both then and now, I was allowed to walk around on stage during the performance. This meant I could get into a better location to frame the shots for a more dramatic effect, which I took full advantage of. One important difference was that the Livietta rehearsal had been in daylight, while for Tamburlaine it took place in the evening, so I had to work with the available ambient light in the church. This meant shooting at higher ISO, and in post processing I opted for converting the photos to black and white. I am quite happy with how the pictures turned out in the end. The fact that there were breaks in-between some of the scenes meant I had more time to talk to the actors and check what was coming next. I also enjoyed my freedom to walk around on stage.

That is it for this time, I hope you had a chance to see the play when it was running this past Friday and Saturday. For those interested there are more photos on Facebook.