Students pretending to be grown-ups, playing children who think they’re all grown up. Pure ageception! I went to see this week’s ADC late show last night: The Turn of the Screw. Originally the plan had been to take some photos of their rehearsal after BARE had left the stage, but there was not enough time for that. Instead I did some random behind-the-scenes photos with the cast, as they were reading lines and rehearsing while getting everything ready on stage. 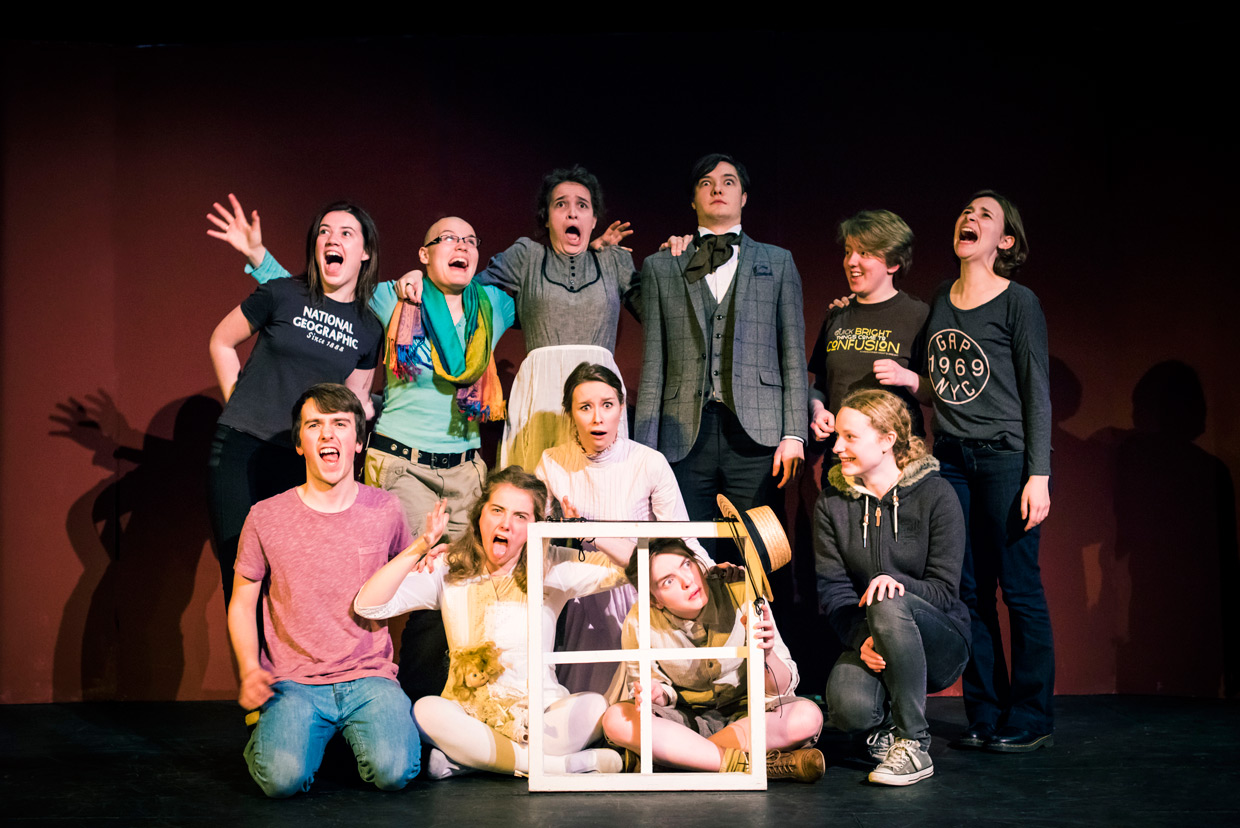 I really enjoyed seeing the play in its entirety. During the rehearsal the day before we were going from cue to cue for a lot of the time, so I was happy to get a chance to see it. Many thanks to the cast and crew for a fun evening!

For more photos of the cast, have a look at the blog post about the poster photo shoot, and the tech/dress rehearsal.