The Turn of the Screw

Yesterday The Turn of the Screw premiered, and earlier in the day they had their final rehearsal which gave me an opportunity to meet up with them and take some photos.

‘Do you believe in ghosts?’

Miss Jessel is dead. A new governess arrives at the remote estate of Bly to find two children of absolute perfection.

But as she grows to love the orphans, strange occurrences start to haunt the house. As the secrets of the manor are revealed, the governess begins to doubt if she can protect the children or herself.

‘How did she die? Miss Jessel?’ 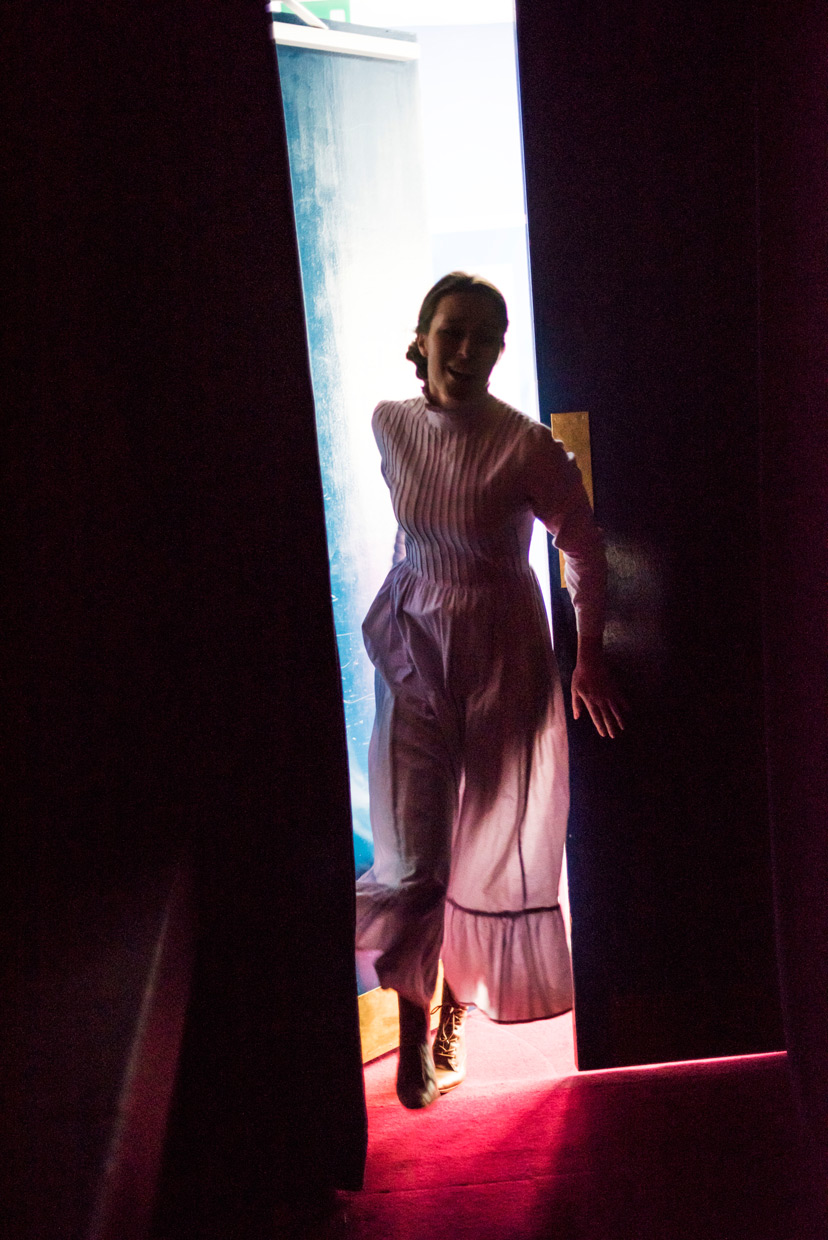 Running through the auditorium looking for Miles. I saw Helena’s entrance from a distance the first time round, luckily they were doing the scene a few times giving me another chance to capture this.

‘Strange things, happening here and there – I thought, perhaps if I ignored… they might go away’

‘I imagine I’ll be the one to bear the brunt of it. She’s scared he’s corrupting me – and I’ll be forced to admit it.’ ‘Admit what?’ ‘Who knows.’

When did you hear these whispers, at night – who came to you?’

‘You can’t frighten me like you frightened Flora, I lied, I made it up!’

Many thanks to the cast and crew! You can find more photos in the blog post from our poster photo shoot.